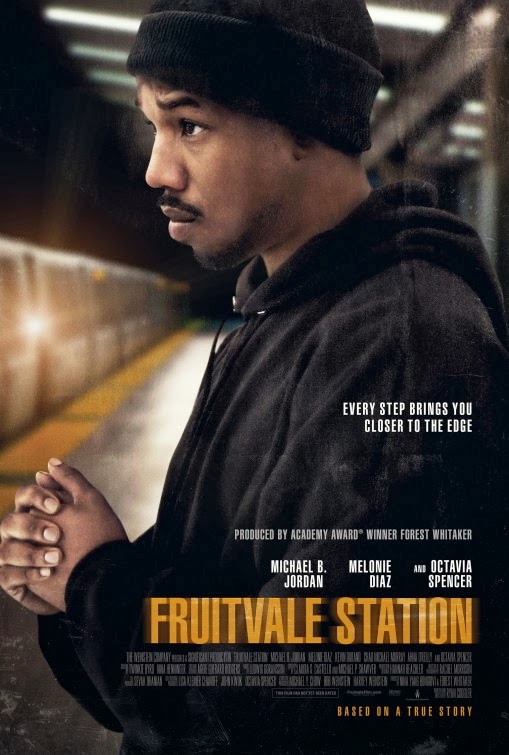 The Producers Guild of America (PGA), announced today that the critically acclaimed feature FRUITVALE STATION will be honored with the 2014 Stanley Kramer Award at the 25th Annual Producers Guild Awards ceremony.  The awards ceremony will be held on Sunday, January 19, 2014 at the Beverly Hilton Hotel in Los Angeles.

The Stanley Kramer Award was established in 2002 to honor a production, producer or other individual whose achievement or contribution illuminates and raises public awareness of important social issues.  Stanley Kramer created some of the most powerful work in the history of American motion pictures, including such classics as INHERIT THE WIND, ON THE BEACH, THE DEFIANT ONES, and GUESS WHO’S COMING TO DINNER.

"FRUITVALE STATION is an important film that raises awareness about an injustice that we encounter in the news with grim regularity.  First time writer/director Ryan Coogler has captured the hearts and minds of both audiences and critics with his poignant portrayal of the true story of Oscar Grant,” said PGA Awards Co-Chairs Lori McCreary (INVICTUS, "Through the Wormhole with Morgan Freeman”) and Michael De Luca (CAPTAIN PHILLIPS, MONEYBALL, THE SOCIAL NETWORK).  "FRUITVALE STATION has well earned the honor of the 2014 Stanley Kramer Award and we look forward to celebrating this extraordinary film.”

Forest Whitaker said, "We are very excited that FRUITVALE STATION is being honored with the Stanley Kramer Award. It is a testament to the director, the production team and the incredible efforts of the many talented people in our crew and cast who worked so hard because they believed in the message of this movie. Many thanks to the Producers Guild of America for this recognition. Our producing team is thrilled to have been able to tell a story that puts a human face on the issue of social injustice. We hope the film continues to have a positive impact on the ongoing dialogue that surrounds these issues.”

Previous recipients of the Stanley Kramer Award include: THE GREAT DEBATERS, AN INCONVENIENT TRUTH, HOTEL RWANDA, IN AMERICA, ANTWONE FISHER, PRECIOUS, IN THE LAND OF BLOOD AND HONEY, and the 2013 honoree, BULLY.

Winner of both the Grand Jury Prize for dramatic feature and the Audience Award for U.S. dramatic film at the 2013 Sundance Film Festival, FRUITVALE STATION follows the true story of Oscar Grant (Michael B. Jordan), a 22-year-old Bay Area resident who wakes up on the morning of December 31, 2008 and feels something in the air. Not sure what it is, he takes it as a sign to get a head start on his resolutions: being a better son to his mother (Octavia Spencer), whose birthday falls on New Year's Eve, being a better partner to his girlfriend Sophina (Melonie Diaz), with whom he hasn't been completely honest with as of late, and being a better father to Tatiana (Ariana Neal), their beautiful four year-old daughter. Crossing paths with friends, family and strangers, Oscar starts out well, as the day goes on, he realizes that changes are not going to come easily. His resolve takes a tragic turn, however, when BART officers shoot him in cold blood at the Fruitvale subway stop on New Year's Day. Oscar's life and tragic death would shake the Bay Area – and, ultimately, a worldwide audience - to its very core.


Posted by Leroy Douresseaux at 8:57 AM