Review: "The Heat" is Hot 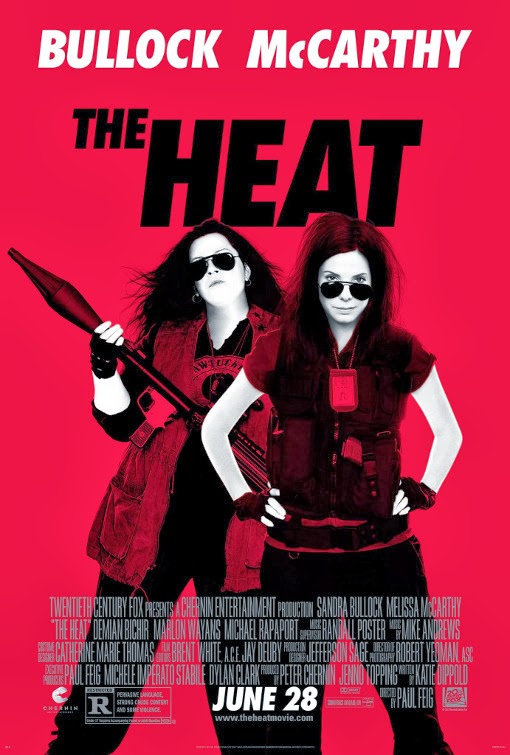 The Heat is a 2013 crime comedy and buddy cop movie directed by Paul Feig.  The film stars Sandra Bullock and Melissa McCarthy as (respectively) an uptight FBI Special Agent and a foul-mouthed Boston cop trying to take down a ruthless drug lord.

FBI Special Agent Sarah Ashburn (Sandra Bullock) works in the New York FBI field office, where she is very effective and skilled.  She is also arrogant and condescending, which may cost her a promotion.  Her boss, Hale (Demian Bichir), sends her to Boston to investigate a powerful drug kingpin named Larkin that few people have actually seen.  However, Ashburn’s investigation crashes into an ongoing investigation being conducted by Detective Shannon Mullins (Melissa McCarthy) of the Boston Police Department.  Mullins is quite skilled, capable, and streetwise, but she is also crass, foulmouthed, and rebellious.  Ashburn and Mullins are forced to work together, but their clash of personalities threatens to derail both lives and careers.

The best thing that director Paul Feig, who directed also McCarthy in Bridesmaids, did was just let these two lovable movie stars and talented actresses do what they do.  The result, of course, is fast food film product that goes does quick and easy like a “Big Mac” when you’re hungry.  Feig even gives some supporting actors a chance to shine.  As Levy, Marlon Wayans quietly shows that he can easily and convincingly perform a role that is nothing more than a generic white guy whose sole purpose is to assist the lead characters.  This simple part proves that Wayans can perform just about any role.

Somewhere in the middle of this film, I thought that it seemed familiar.  Then, I realized that The Heat is a 21st century, gender roles-reversed, version of producer Joel Silver’s 1980s and 1990s film franchise, Lethal Weapon.  I would indeed like The Heat to become a franchise.  In fact, The Heat could be the perfect replacement for Lethal Weapon.


Posted by Leroy Douresseaux at 12:58 PM