Gillian Anderson of "The X-Files" at Wizard World New Orleans 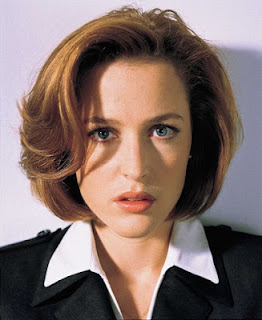 Viewers of “The X-Files” were told to “Trust No One” and to “Deny Everything.” Wizard World New Orleans Comic Con attendees, on the other hand, can trust that Gillian Anderson, who starred as “Agent Dana Scully” in the popular Fox TV show, will be appearing at Wizard World New Orleans Comic Con, and confirm that she will be attending on Saturday, December 1, and Sunday, December 2, at the New Orleans Ernest N. Morial Convention Center.

Anderson an award-winning film, television, and theatre actress whose other credits include the ill-fated socialite “Lily Bart” in Terence Davies' masterpiece The House of Mirth (2000) and “Lady Dedlock” in the very successful BBC production of Charles Dickens' “Bleak House.”

In 2003, she won the Whatsonstage.com Theatregoers' Choice Best Actress Award for her West End debut in Michael Weller's two-hander “What the Night Is For.” The following year, she starred in Rebecca Gilman's play “The Sweetest Swing in Baseball” which ran at London's Royal Court Theatre from March 25 through May 15, 2004. From May 14 through July 18, 2009, she played Nora in a new version of Ibsen's “A Doll's House” at the Donmar Warehouse in London. She received a Laurence Olivier Nomination for her performance.