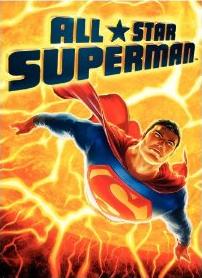 All-Star Superman begins with Lex Luthor’s (Anthony LaPaglia) successful plot to expose Superman (James Denton) to massive amounts of solar radiation. This overdose of solar radiation gives the Man of Steel new powers, but the radiation is also slowly killing him. Superman is left with only weeks to live and with his extraordinary powers deteriorating. As he prepares for his demise, Superman attempts to settle his affairs with Lois Lane (Christina Hendricks). However, before he dies, Superman must stop Luthor’s diabolical scheme to drastically change the world and then rule it.

Watching All-Star Superman, I could not help but be impressed by how many characters and subplots the film’s screenwriter, the late Dwayne McDuffie, managed to stuff into a movie that runs a little more than 70 minutes. Sadly, most of it really isn’t dramatic or exciting, mainly because much of this material needs to get more screen time than it ultimately does. Honestly, All-Star Superman is at its best whenever Lex Luthor (superbly voiced by Anthony LaPaglia) is onscreen, which he isn’t nearly enough.

Some of the voice performances are bad. Matthew Gray Gubler is terrible as Jimmy Olsen. Ed Asner is just wrong as Perry White, the editor-in-chief of the Daily Planet, the newspaper where Clark Kent/Superman works.

The animation and character design is quite good. All-Star Superman is pretty to look at, but it is too bad that the entire film is such a chore to watch.