Kobe Bryant to Be Honored at Nickelodeon's Kids' Choice Sports 2016 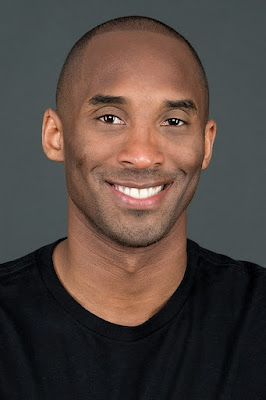 LOS ANGELES--(BUSINESS WIRE)--Following his 20th and final season with the Los Angeles Lakers, five-time NBA Champion, four-time NBA Finals MVP and two-time Olympic gold medalist Kobe Bryant will be honored with the Legend Award at Nickelodeon’s Kids’ Choice Sports 2016. Bryant will receive the award in recognition of his record-breaking achievements, unrivaled talent and outstanding sportsmanship on and off the basketball court.

“It’s an honor to receive Nickelodeon’s Kids’ Choice Sports Legend Award. This is a great opportunity to inspire kids to never lose their imaginations and to dream bigger than what they think is possible. If you stay true to that, the hard work, dedication and success will always follow.”

The Legend Award honors athletes who are the ultimate role models to kids across the globe, inspiring generations year after year. Bryant, is the third recipient of the award, with soccer legend David Beckham receiving the inaugural golden sliming in 2014, and five-time World Series champion Derek Jeter following in last year’s ceremony.

Said Bryant, “It’s an honor to receive Nickelodeon’s Kids’ Choice Sports Legend Award. This is a great opportunity to inspire kids to never lose their imaginations and to dream bigger than what they think is possible. If you stay true to that, the hard work, dedication and success will always follow.”

Bryant is a five-time NBA Champion, two-time Olympic Gold Medalist, NBA MVP, four-time NBA Finals MVP and a 15-time All-NBA player. He recently retired from the game having played his entire 20-year career with the Los Angeles Lakers. He has appeared in 18 NBA All Star Games, earning three NBA All Star MVP recognitions. He became the League’s youngest player ever to be named to the NBA’s All Defensive Team, to start an All-Star Game, and to earn All-Rookie honors. In December 2014, Bryant became the League’s 3rd all-time leading scorer, surpassing his basketball muse, Michael Jordan. On April 13, 2016, Bryant played his final NBA game, setting a season-high 60 points.

Kids’ Choice Sports 2016 is the only show that celebrates kids and families’ love of sports and top professional athletes. With special guests and outrageous competitions, the one-of-a-kind event will be bursting with fun, unforgettable moments, epic slimings and sheer ‘fan’-demonium that can only happen on Nickelodeon. Kids from around the country will show their support for their favorite athletes, teams and sports moments and decide who will take home a cherished, one-of-a-kind Nickelodeon orange mohawked blimp trophy.

Nick.com/sports will serve as the official destination for everything Kids’ Choice Sports 2016, where kids can cast their votes for their favorite athletes and all-star moments from the past year, play a brand new Kids’ Choice game, watch sports-themed short-form videos and check out photo galleries of athletic all-stars online and on the Nick App. To stay up to date on everything Kids’ Choice Sports 2016, use #KidsChoiceSports on Instagram and Twitter. Follow NickelodeonTV on Instagram, Twitter, and Snapchat.

Nickelodeon’s Kids’ Choice Sports 2016 is produced by Done + Dusted in association with Nickelodeon Productions. Jay Schmalholz and Shelly Sumpter Gillyard are executive producers. Constance Schwartz and Michael Strahan of SMAC Entertainment will serve as executive producers, alongside Ian Stewart and Hamish Hamilton of Done + Dusted with Hamilton also serving as director of the show.


About Nickelodeon:
Nickelodeon, now in its 37th year, is the number-one entertainment brand for kids. It has built a diverse, global business by putting kids first in everything it does. The company includes television programming and production in the United States and around the world, plus consumer products, online, recreation, books and feature films. Nickelodeon’s U.S. television network is seen in more than 90 million households and has been the number-one-rated basic cable network for 20 consecutive years. For more information or artwork, visit http://www.nickpress.com. Nickelodeon and all related titles, characters and logos are trademarks of Viacom Inc. (NASDAQ: VIA, VIAB).

Posted by Leroy Douresseaux at 8:21 AM