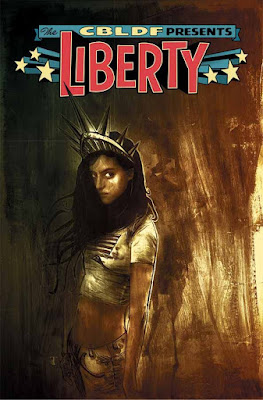 YOU HAVE THE RIGHT TO READ FREELY WITH CBLDF PRESENTS: LIBERTY TP

LIBERTY TP’s 216 pages include rare work, such as a THE WALKING DEAD tale by Robert Kirkman and Charlie Adlard, 100 Words by Neil Gaiman and Jim Lee, and CRIMINAL by Ed Brubaker and Sean Phillips, plus stories and never-before-seen content from dozens more! All proceeds benefit the Comic Book Legal Defense Fund's work protecting the freedom to read!