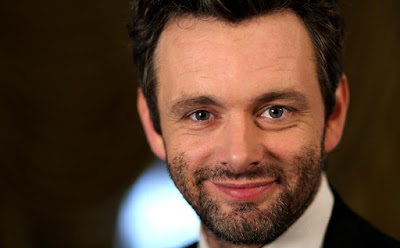 LOS ANGELES, CA — QC Entertainment announced today the company will produce and finance the true crime thriller “Green River Killer,” which marks the feature film directorial debut of acclaimed actor Michael Sheen who will also star in the film.  The screenplay written by Sheen made the coveted The Black List in 2015, and is adapted from the Dark Horse Entertainment’s award-winning graphic novel Green River Killer: A True Detective Story.  The novel was written by Jeff Jensen, based on his father Tom Jensen, and artist Jonathan Case. 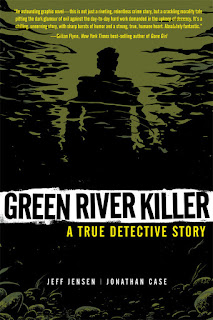 The film is the story of Tom Jensen, the man who spent twenty years looking for the ‘Green River Killer,’ and Gary Ridgway (to be played by Sheen), the man he caught.  After a two-decade hunt and forty-nine official murders, the two men are forced to live and work together in a dark alliance to uncover the truth.

“Michael has written an elegant script which brings his sophisticated vision to subverting the typical serial killer movie,” said QC Principals McKittrick and Mansfield.  “Jensen and Ridgway are terrific roles for both an actor of Michael’s caliber and the actor cast opposite him.  As producers who have long championed actors making the move to directing, we couldn’t be more excited to be a part of it.”

“This is a dark story but one that ultimately finds hope and meaning in that darkness,” said Sheen.  “The story of Tom and Gary, and how they are bound together in time, pulled me in from the beginning and wouldn’t let go.  I hope that by now bringing it to life on screen it can make audiences feel the same way.”


ABOUT MICHAEL SHEEN
Michael Sheen has proved himself equally accomplished on both stage and screen.

Sheen’s diverse range of film credits include starring in three Best Picture Academy Award®-nominated films: “The Queen,” directed by Stephen Frears; “Frost/Nixon,” directed by Ron Howard, and “Midnight in Paris,” directed by Woody Allen.  He also starred in the blockbuster “Twilight” saga films as a vampire, and as a werewolf in “The Underworld” franchise.  His other feature credits include the role of William Boldwood opposite Carey Mulligan in Thomas Vinterberg’s “Far From The Maddening Crowd”; as Brian Clough in “The Damned United,” directed by Tom Hooper; the white rabbit in Tim Burton’s “Alice in Wonderland”; and Zuse in “Tron: Legacy,” directed by Joseph Kosinski.

Among his upcoming films: “Oppenheimer Strategies,” opposite Richard Gere; and the sci-fi film “Passengers,” opposite Jennifer Lawrence and Chris Pratt and directed by Morten Tyldum opening later this year from Sony.

On stage, among Sheen’s many award-winning performances are: the starring role in “Caligula,” directed by Michael Grandage at the Donmar Warehouse; as David Frost in “Frost/Nixon,” directed by Grandage at the Donmar Warehouse; and the starring role of “Hamlet” at the Young Vic.  In addition, Sheen created, co-directed, and performed in the groundbreaking three-day live event “The Passion” in his hometown of Port Talbot for National Theatre Wales.

On television, Sheen earned awards for his starring roles in “Kenneth Williams: “Fantabulosa!” directed by Andy De Emmony, and “Dirty Filthy Love,” directed by Adrian Shergold.  Additional credits include as “Wesley Snipes” opposite Tina Fey on “30 Rock”; starring in Funny or Die’s three-part miniseries spoof, “The Spoils Before Dying”; and HBO’s sports mockumentary, “7 Days in Hell.”   In 2010, he received an Emmy® nomination for his starring role as Tony Blair in HBO’s “The Special Relationship,” directed by Richard Loncraine.

Currently, Sheen can be seen in his critically acclaimed starring role as William Master on Showtime’s “Masters of Sex,” which he also serves as a producer.  Among the accolades Sheen has received include a 2014 Golden Globe nomination for Best Performance by an Actor in a Television Series – Drama, as well as a Critics’ Choice TV Award nomination.  The Golden Globe-nominated series was named the “Most Exciting New Series “from the Broadcast Television Critics’ Association in its first season as well as being named on AFI’s Top 10 Outstanding Television Programs. “Masters of Sex” will have its Season 4 premiere on Sunday, September 11.

In 2009, Sheen was honored by the Queen of England with an O.B.E. for his services to Drama.

With principals who have a consistent track record for championing and supporting filmmakers with a unique voice and raising the profile of independent films to a wider audience, QC – standing for Quality Control – is focused on expanding that same quality in producing feature films and television within a controlled, fiscally responsible budget range.  A one-stop solution for filmmakers looking to have all business and creative matters handled in-house by one company, QC can develop, produce on-set, finance productions, handle sales and distribution, and everything in between.

Among QC projects: “Pride and Prejudice and Zombies” released earlier this year; the recently wrapped “Get Out,” which the company teamed with horror master Blumhouse Productions on to produce the feature directorial debut of Jordan Peele who wrote the script for this fresh take on the horror-thriller genre; and Executive Producing the Netflix feature, “A Futile & Stupid Gesture,” directed by David Wain and starring Will Forte and Domhnall Gleeson that is currently in production.

ABOUT DARK HORSE
Dark Horse Comics founder and publisher Mike Richardson determined early on that great stories are great stories, no matter the medium in which they’re told.  This belief led the publisher to explore the world of filmmaking and started him on the path to Hollywood, where he established his own filmmaking company, Dark Horse Entertainment, in 1992.