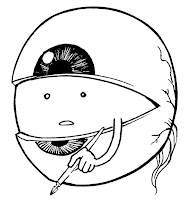 NORWALK, CT – ReedPOP, the world's leading producer of pop culture events, today announced that author and artist of Assassination Classroom, Yusei Matsui will be appearing at New York Comic Con this October 2017 for events and Autograph Sessions. Matsui is appearing at NYCC in partnership with VIZ Media, a premier company in the fields of publishing, animation distribution and global entertainment licensing, and the Japan Society, a nonprofit cross-cultural institution in New York.

One of the most popular and best-selling manga series in the United States, Assassination Classroom is a humorous and action-packed story about a class of misfits who are trying to kill their new teacher – an alien octopus with bizarre powers and super strength. The teacher has just destroyed the moon and is threatening to destroy the earth – unless his students can destroy him first. Making matters even more complicated, he turns out to be the best teacher they have ever had! The series is a consistent New York Times bestseller, with each volume released appearing on the list during the first few weeks of publication. The series has also been adapted as an anime that airs in Japan and North America, as well as well as two live-action films.

“Yusei Matsui is a major influence in the manga industry and his work continues to be a monster success around the world,” said Lance Fensterman, Global Senior Vice President of ReedPOP. “We are thrilled to welcome him to New York Comic Con for what are sure to be amazing experiences for our Fans.”

Yusei Matsui was born in Saitama Prefecture, Japan. He has been drawing manga since he began elementary school and his favorite manga series include Bobobo-bo Bo-bobo, JoJo's Bizarre Adventure, and Ultimate Muscle. Matsui learned his trade working as an assistant to manga artist Yoshio Sawai, creator of Bobobo-bo Bo-bobo. In 2005, Matsui debuted his original manga Neuro: Supernatural Detective in Weekly Shonen Jump. In 2007, Neuro was adapted into an anime. In 2012, Assassination Classroom began serialization in Weekly Shonen Jump. Assassination Classroom is published in North America by VIZ Media. For more information on Assassination Classroom, please visit VIZ.com.

New York Comic Con will take place October 6-9, 2016.To attend NYCC, Fans must complete a Fan Verification profile for the opportunity to purchase Tickets. Fan Verification is open through Monday, June 13 at NewYorkComicCon.com/FanVerification.

ABOUT VIZ MEDIA, LLC
Established in 1986, VIZ Media is the premiere company in the field of publishing, animation distribution, and global entertainment licensing. Along with its popular digital magazine WEEKLY SHONEN JUMP and blockbuster properties like NARUTO, DRAGON BALL, SAILOR MOON, and POKÉMON, VIZ Media offers an extensive library of titles and original content in a wide variety of book and video formats, as well as through official licensed merchandise. Owned by three of Japan's largest publishing and entertainment companies, Shueisha Inc., Shogakukan Inc., and Shogakukan-Shueisha Productions, Co., Ltd., VIZ Media is dedicated to bringing the best titles for English-speaking audiences worldwide.

ABOUT JAPAN SOCIETY
Founded in 1907, Japan Society is a multidisciplinary hub for global leaders, artists, scholars, educators, and English and Japanese-speaking audiences. At the Society, more than 100 events each year feature sophisticated, topically relevant presentations of Japanese art and culture and open, critical dialogue on issues of vital importance to the U.S., Japan and East Asia. An American nonprofit, nonpolitical organization, the Society cultivates a constructive, resonant and dynamic relationship between the people of the U.S. and Japan. More at www.japansociety.org