Samuel L. Jackson to Be Honored at 2016 BAFTA Britannia Awards 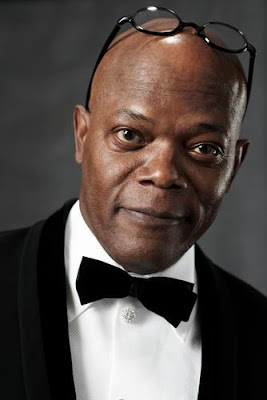 The annual gala celebration will take place on Friday, October 28, 2016 at the Beverly Hilton Hotel. As previously announced, the evening will be hosted for a second time by British actor and comedian Jack Whitehall, and Ang Lee will be honored with the John Schlesinger Britannia Award for Excellence in Directing.  World-renowned television and event production company Done + Dusted will produce the ceremony.

Recipients of the Albert R. Broccoli Britannia Award for Worldwide Contribution to Entertainment are that rare breed of iconic and trail-blazing individuals whose talented, innovative approach and true global appeal has had a profound, lasting impact on the worldwide entertainment industry. Their masterful accomplishments, continue to dazzle, entertain, and inspire audiences around the world.

“Like the distinguished producer after whom this award is named, Samuel L Jackson has made an undeniable contribution to the global film industry” says Kieran Breen, BAFTA Los Angeles Chairman. “He has provided us with some of the most iconic roles in movie history not to mention some of the classic movie lines of all time.  With a prolific shooting schedule that would put other actors to shame, including some quality time spent in the UK, we are thrilled that he is able to join us for this year’s British Academy Britannia Awards”.

The British Academy Britannia Awards evening is BAFTA’s big night out in Hollywood, where Brits and anglophiles alike come together in celebration of exceptional individuals who have dedicated their careers to advancing the art forms of the moving image in the US, UK and beyond. Known to be an enjoyable evening that captures a unique blend of sincerity and British irreverence, the evening also serves to celebrate the long-standing collaboration between the British and American industries. The Britannia Awards are BAFTA Los Angeles’ highest accolades, recognizing both outstanding British talent, and exceptional international talent by virtue of their strong connection to the British industry through their body of work. Proceeds from the event support BAFTA Los Angeles’ on-going education, scholarship, community outreach and archival projects.

Appearing in well over 100 films, Samuel L. Jackson is one of the most respected actors in Hollywood. Jackson’s portrayal of ‘Jules’, the philosopher hitman, in Quentin Tarantino’s “Pulp Fiction” made an indelible mark on American cinema. In addition to unanimous critical acclaim, he received Academy Award and Golden Globe nominations as well as a Best Supporting Actor award from the British Academy of Film and Television Arts.

In 2012, he co-starred in Quentin Tarantino’s “Django Unchained” as ‘Stephen,’ with Christoph Waltz, Jamie Foxx and Leonardo DiCaprio.  He also starred in “The Avengers,” which is part of his 9-picture deal with Marvel Studios. The highly anticipated film opened on May 4, 2012 to a record breaking $200 million opening weekend.

Jackson reprised his role as ‘Nick Fury’ in both Marvel’s “Captain America: The Winter Soldier,” which was released in April 2014, and the 2015 sequel “The Avengers: Age of Ultron.” In February 2015, he starred alongside Colin Firth and Taron Egerton in Matthew Vaughn’s “Kingsman: The Secret Service.”

Jackson made his Broadway debut in 2011 at the Bernard B. Jacobs Theater in “The Mountaintop,” where he portrayed Martin Luther King Jr. The play also starred Angela Bassett and was directed by Kenny Leon.

Jackson’s career began onstage upon his graduation from Morehouse College in Atlanta with a degree in dramatic arts.  Among the plays were Home, A Soldier’s Play, Sally/Prince and The District Line. He also originated roles in two of August Wilson’s plays at Yale Repertory Theatre.  For the New York Shakespeare Festival, Jackson appeared in Mother Courage and Her Children, Spell #7, and The Mighty Gents.

On the small screen, Jackson served as Executive Producer for the Spike TV animated series, “Afro Samurai” which premiered in 2007.  The series received an Emmy Award nomination for Outstanding Animated Program from the Television Academy of Arts and Sciences. The first edition of the “Afro Samurai” video game launched in February 2009.

On television, in addition to “The Sunset Limited,” Jackson starred in John Frankenheimer’s Emmy Award-winning “Against the Wall” for HBO.  His performance earned him a Cable Ace nomination as Best Supporting Actor in a Movie or Miniseries, as well as a Golden Globe nomination.

The British Academy Britannia Awards is produced through a partnership between BAFTA Los Angeles and Done & Dusted. Event Production and Management is by MTA Events.