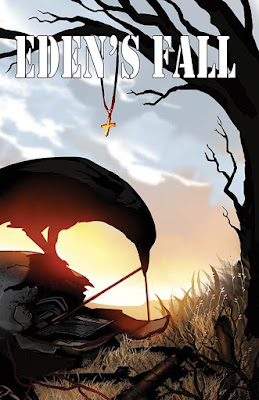 EDEN’S FALL ON THE RISE

Image Comics/Top Cow is pleased to announce the all-new series EDEN’S FALL by Atilio Rojo, set to launch this August.

Top Cow combines three of its most provocative titles—THINK TANK, THE TITHE and POSTAL—in an unflinching fable of revenge and consequence. THE TITHE's FBI Agent James Miller follows a sociopath into the off-the-grid town of Eden, Wyoming on a personal mission of vengeance. The price of this vigilante justice will be paid in blood, and both Eden and James Miller will never be the same.