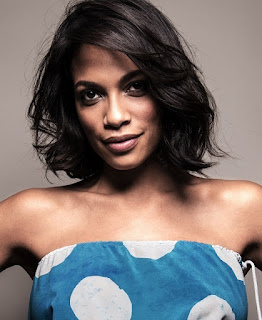 NEW YORK--(BUSINESS WIRE)--Premium TV network EPIX® announced today that actress Rosario Dawson (“Daredevil,” Sin City, Rent) has joined the limited Original Documentary Series, "America Divided," as a celebrity correspondent. The docu-series is executive produced by Norman Lear, Shonda Rhimes and Common and will feature narratives around inequality in education, housing, healthcare, labor, criminal justice and the political system - all woven into an eight-story, four-and-half hour series. Dawson, who is no stranger to offering her voice to conversations of national importance, has been tapped to explore the ongoing causes and legacy of the Flint, Michigan water crisis. Dawson’s segment begins production this month.

Dawson profiles the citizen-scientists who first exposed the existence of lead in the Flint water supply; investigates the alleged cover-up; and examines the policies behind the decision to switch the water supply in the first place. She joins residents, doctors, scientists, academics and political leaders in in-depth conversations to find answers to questions raised by one of the worst public health disasters in American history.

America Divided follows high-profile correspondents as they explore aspects of inequality related to their own biographies. Oscar®-winning hip-hop artist Common returns to his hometown of Chicago — ground zero for disparities in the criminal justice system. Emmy®– and Golden Globe®-winning actress America Ferrera travels to Texas to witness battles around access to the ballot and healthcare for poor women. Actor and comedian Zach Galifianakis investigates the political landscape in his home state of North Carolina and considers how it’s emblematic of the country’s deepening political divide during the 2016 campaign. Legendary TV producer Norman Lear, an original member of the Television Academy Hall of Fame, reports on the housing crisis in New York — from people who have no homes to luxury apartments purposely kept vacant. Actress and producer Amy Poehler witnesses the complex challenges faced by domestic workers who maintain an intimate relationship with the families that employ them, while also struggling for better conditions. Actor and activist Peter Sarsgaard explores the addiction crisis ravaging a heartland beset by unemployment and the shuttering of America’s factories. And “Grey’s Anatomy” star and former teacher Jesse Williams goes back to the classroom and becomes immersed in the battle to fix inequality in education.


About EPIX
EPIX is a premium entertainment network delivering the latest movie releases and biggest classic film franchises, plus original programming including series, documentaries, comedy and music specials – all available on TV, on demand, online and across devices. Launched in October 2009, EPIX has pioneered the development and proliferation of “TV Everywhere.” It was the first premium network to provide multi-platform access to its content online at EPIX.com and to launch on Xbox, PlayStation®, Android phones and tablets, and Roku® players. EPIX is also available across Chromecast, Apple® iPhones® and iPads®, Android TV and more and is the only premium service providing all its programming on all platforms, delivering more movies than any other premium network, with thousands of titles available for streaming.

Posted by Leroy Douresseaux at 7:54 PM