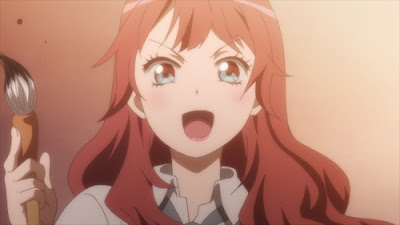 "Letters to the Future -On Our Way There-“ - Special Website: http://miraitegami.jp/en/

FUKUSHIMA, Japan--(BUSINESS WIRE)--The Fukushima prefectural government released a series of documentary animations entitled "Letters to the Future -On Our Way There-" on February 15, 2016. Presented as an anthology based on true stories, the animations depict events that occurred after the Great East Japan Earthquake and the various emotions experienced by people living in the prefecture. The animation films are available at a specially set up website: http://miraitegami.jp/en/

“Letters to the Future -On Our Way There”

Five years have passed since the Great East Japan Earthquake struck Fukushima on March 11, 2011. Although reconstruction has progressed with the rebuilding of devastated buildings and such, the area is still burdened with a number of problems including harmful rumors that have damaged the reputation of the area's agricultural and marine products. In order to eliminate these problems, the prefecture has decided to introduce the world to the "light" and "shadow" of today's Fukushima through Japan's world-renowned culture of animation.

Production of the released animation was handled by “Fukushima GAINAX CO., Ltd.,” a new company established on January 16, 2015 by “GAINAX CO., Ltd.,” the studio behind Japan's popular anime “Neon Genesis Evangelion.” The animation consists of 10 stories based on real-life episodes.

For instance, “Atashi no Sensei (My Teacher)” is modeled after a high school teacher who grows his hair out after the disaster in a promise with his students to never forget feelings towards home, nor painful memories.

Another episode, “Odaka no hirugohan (Lunch at Odaka)” is modeled after a diner restaurant that provides meals to residents temporarily returning from decontamination or other such work in the evacuated area.

Each episode begins with a storyteller voiced by a popular actor Dean Fujioka. The support of such famous actors has helped the animations capture widespread interest across Japan.

March 11 of this year marked the fifth year since the disaster, and on this occasion the animations toured Japan's six major cities in nationwide screenings intended to dispel reputational damage from harmful rumors.


About the Great East Japan Earthquake
On March 11, 2011 at approximately 14:46 JST, the largest earthquake in recorded history in Japan occurred offshore of Sanriku in the Pacific Ocean. The earthquake had a magnitude of 9.0, killing 15,894 people in Japan and leaving an additional 2562 people unaccounted for. Fukushima prefecture was subjected to severe devastation due to the tsunami triggered by the earthquake, Fukushima Daiichi Nuclear Power Plant disaster, and other events.