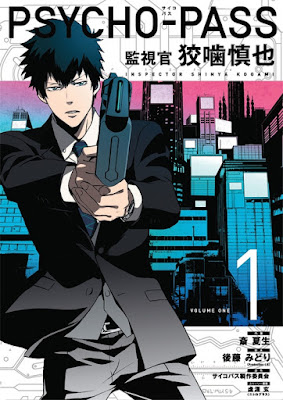 With Psycho-Pass: Inspector Shinya Kogami, Urobuchi reveals how the legendary enforcer was once an ace detective! Working within the city-regulating Sybil System, inspectors must fight crime in a future where a single number measures your criminal tendencies and determines if you are useful to society!

“Psycho-Pass is a compelling cyberpunk mystery.”—Kotaku

“Makes good use of the dystopian future genre, good foils and parallels throughout. Some neat visuals.”—Anime News Network

“Psycho-Pass is the best crime-thriller-science fiction anime I have watched and will definitely be recommending to others as well as watching again in the future.”—IGN