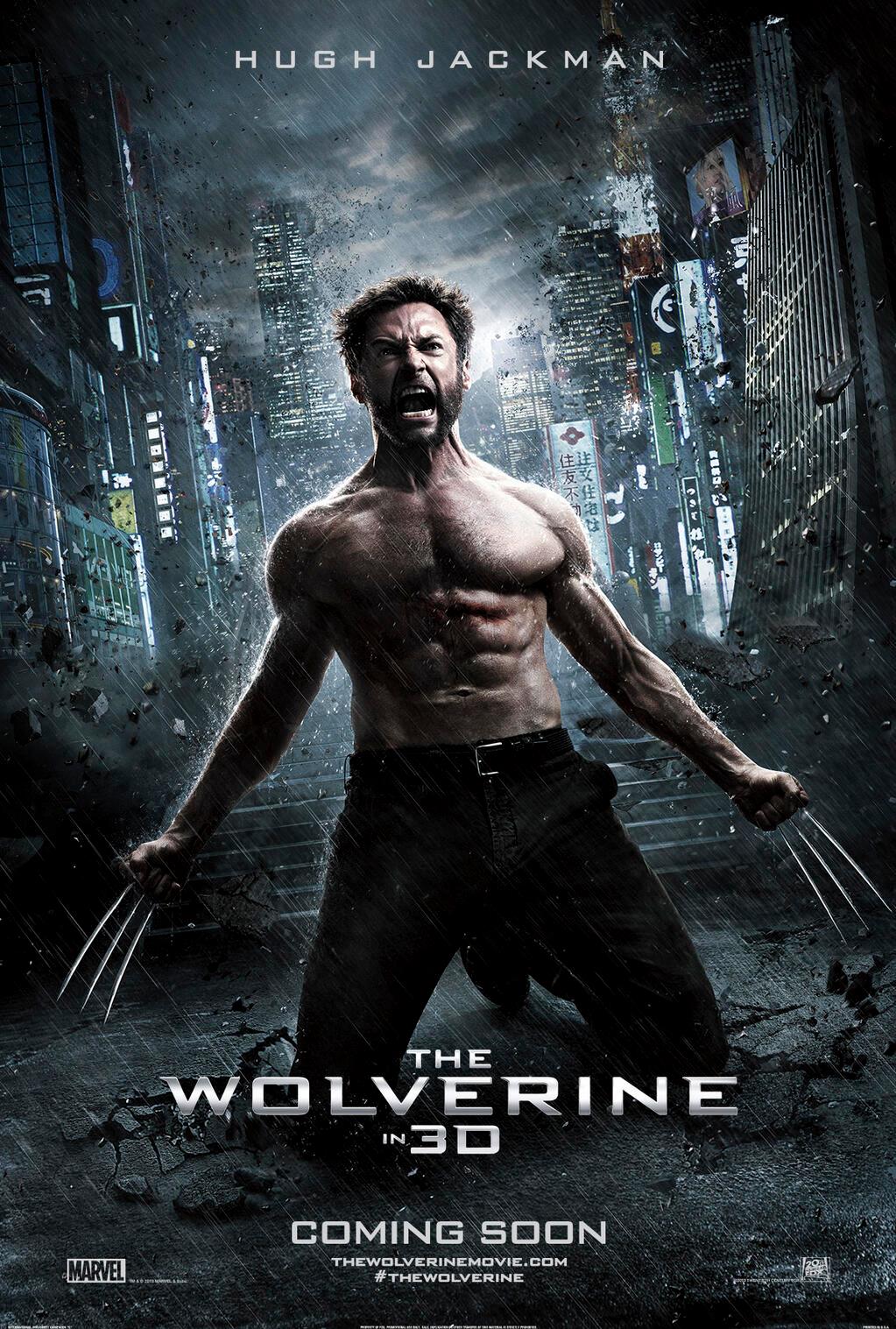 The Wolverine is a 2013 superhero movie from director James Mangold.  Starring Hugh Jackman in the title role, it is also the sixth film in the X-Men franchise.  This film is not a sequel to the previous Wolverine solo movie, X-Men Origins: Wolverine (2009).  In the new movie, an old acquaintance summons Wolverine to Japan, where the hero becomes embroiled in a conflict involving family, gangsters, and ninja.

A young Japanese woman named Yukio (Rila Fukushima) has been tracking Logan.  She tells him that an old friend who was once the young soldier he saved decades earlier during World War II wants to see Logan before he dies.  Once in Japan, Logan meets Ichiro Yashida (Haruhiko Yamanouchi), now a dying old man who is the head of a Japanese technology empire.  He makes Logan a shocking offer, one that forces Logan to confront his demons.  Logan considers himself through with being a soldier and a hero, until he is forced to protect Yashida’s granddaughter, Mariko (Tao Okamoto), from several kidnapping conspiracies.  Although weakened and ailing, Logan is determined to show his adversaries that he is still the animal known as The Wolverine.

Hugh Jackman has come to embody Logan/Wolverine the way Christopher Reeve embodied Clark Kent/Superman, beginning over 30 years ago in Superman: The Movie (1978).  Jackman carries The Wolverine on his broad, muscular shoulders, but given the hoopla leading up to The Wolverine’s release, one would think the film would be an all-time great superhero movie, but it is not.

Don’t get me wrong.  The Wolverine has some superb and exhilarating action sequences and fight scenes – the kind for which fans of Wolverine in comic books have been waiting.  The fight on top of a moving bullet train recalls the great battle at the end of the first Mission: Impossible movie in 1996.  This is solid entertainment, but much of the character drama seems contrived.  The screenplay by Mark Bomback and Scott Frank, who rewrote the original version written by Oscar-winning screenwriter Christopher McQuarrie (who does not receive a screen credit), turns the good female supporting characters into mere accessories to Wolverine.  The mutant known as Viper (Svetlana Khodchenkova) is under-utilized, so she is ultimately wasted.  Many of the male supporting characters are just caricatures of Japanese men or stock bad guys.

But Jackman saves the day.  With the help of the action stuff, Jackman makes The Wolverine the best superhero movie of Summer 2013.  Just getting a chance to see him in action makes me forget about the things in this movie that bother me.  Jackman takes what could have been merely entertaining and gives it that extra-something that only true movie stars can give.


Posted by Leroy Douresseaux at 10:34 AM