"Rise of the Guardians" Character Poster: The Easter Bunny 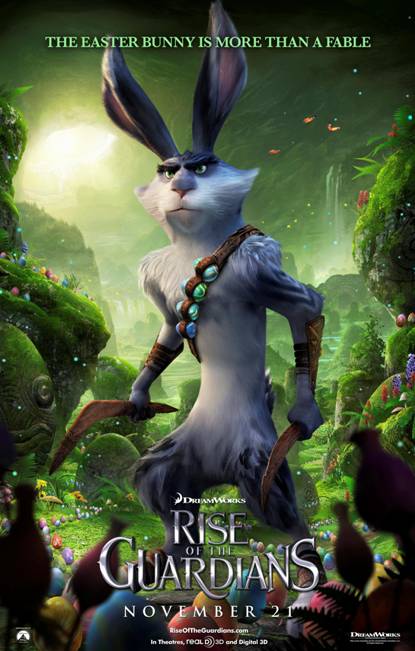 Rise of the Guardians (which has had at least three name changes) is a 3D computer animated film from DreamWorks Animation and is scheduled to be released November 21, 2012.  The film is based on the book, The Guardians of Childhood by William Joyce, who is the film's co-director (and a recent Oscar winner).

Hugh Jackman is providing the voice for this character who is named E. Aster Bunnymund AKA the Easter Bunny.
Posted by Leroy Douresseaux at 9:03 AM