"Experience Nirvana" in Seattle on December 7, 2013 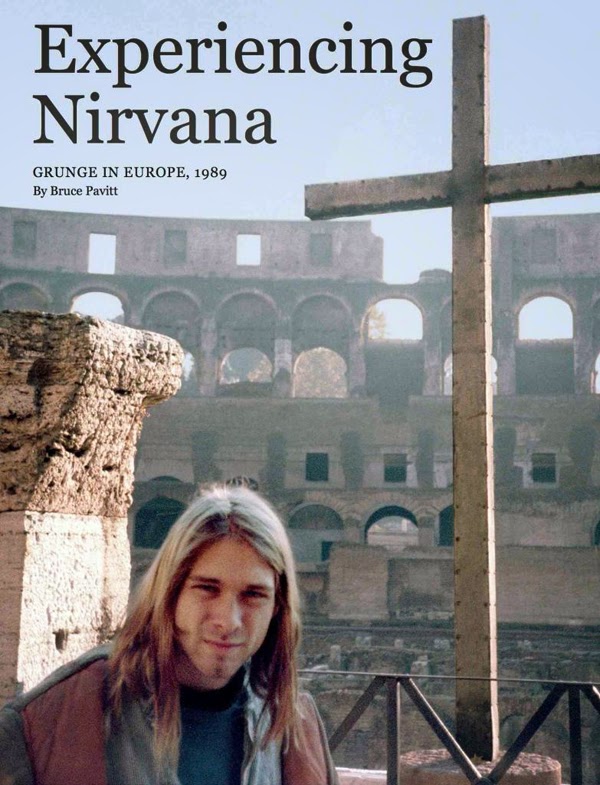 The Seattle music scene in 1989 was on the precipice of altering the course of global pop culture. Ironically, the punk music of the Pacific Northwest was having difficulty gaining traction beyond a small but enthusiastic regional following. While critically acclaimed, the embryonic movement was in imminent danger of a premature demise. In an effort to draw international attention to their fledgling label, Sub Pop sent their three marquee acts to Europe. The rest, as they say, is history.

Experiencing Nirvana: Grunge in Europe, 1989 is Bruce Pavitt’s account of this pivotal period of contemporary culture. As the visionary founder of Sub Pop – first as a hand crafted zine, then a series of cassettes, music columns, and radio broadcasts – Pavitt was in a peculiar position to chronicle the tour that cemented grunge as the soundtrack of a generation. Through journal entries and candid photographs, Pavitt follows Nirvana, TAD, and Mudhoney at a momentous stage of a movement that almost didn’t happen.

Pavitt will appear at Fantagraphics Bookstore & Gallery on Saturday, December 7 from 6:00 to 8:00 to give a brief reading from this fascinating account and sign copies of the hardcover book. A selection of photographs from the triumphant tour will be on display with sales proceeds to benefit the Vera Project. Photographer Charles Peterson will guest DJ and several prominent musicians of the era will attend.