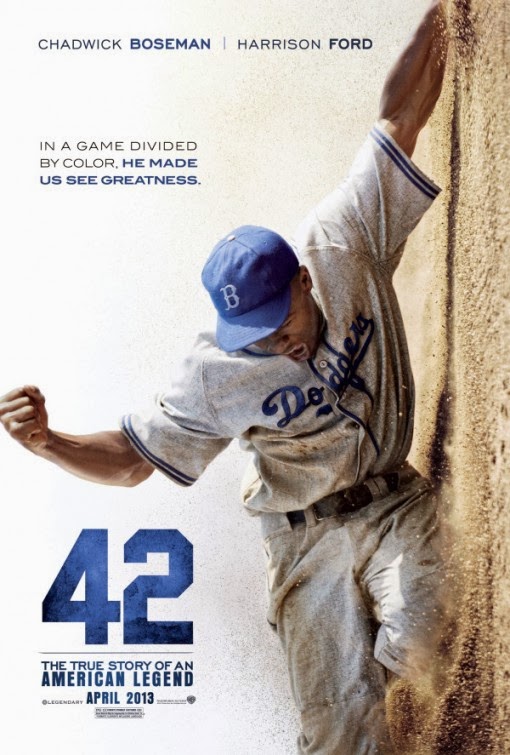 The late Jack Roosevelt Robinson, better known as Jackie Robinson, was an American baseball player who is best known as the first African-American to play in Major League Baseball (MLB) in the modern era.  The MLB once had a color line, which meant that Black men could not play the game, and, prior to Robinson, no Black man had played for a major league baseball team (apparently) since the 1880s.

So when the Brooklyn Dodgers started him at first base on April 15, 1947, Jackie Robinson broke the baseball color line.  However, it was both Robinson’s unquestionable talent and his character that challenged the basis of segregation in the United States, in all aspects of American life, including professional sports.

How did Jackie Robinson get to play Major League Baseball?  In the mid-1940s, Branch Rickey, the club president and general manager of the Brooklyn Dodgers, began to scout the Negro Leagues with the specific intention of finding a promising black player he could bring to his organization.  Rickey found Robinson, and thus, began a relationship that guided Robinson into baseball and through tough times to make history.

42 is a 2013 biopic-historical film and baseball movie from writer-director, Brian Helgeland.  It is a dramatization of the relationship between the iconic Jackie Robinson and the ground-breaking Brooklyn Dodgers general manager Branch Rickey.  42 takes the audience from Rickey’s signing of Robinson, through the 1947 MLB season as Robinson and Rickey try to make history and the Dodgers try to make it to the playoffs.

42 opens in Brooklyn, New York, Spring 1945.  Brooklyn Dodgers general manager, Branch Rickey (Harrison Ford), is making moves to find and hopefully sign the black baseball player who will break the baseball color barrier that keeps Major League Baseball all white.  In Birmingham, Alabama, in the summer of 1945, the Kansas City Monarchs, a Negro League baseball team, is in midst of a road trip.  The team bus stops at a gas station, where team member Jackie Robinson (Chadwick Boseman) tries to use the men’s restroom and stirs up a little trouble.

However, that gas station is where a Dodgers’ scout catches up to Robinson.  Soon, Robinson and Rickey are planning to change baseball and maybe the world.  Robinson has his wife, Rachel (Nicole Beharie), by his side, and a black sportswriter, Wendell Smith (Andre Holland), offering a helping hand.  But is that enough to help Robinson overcome hostile crowds, racist taunts, racial epitaphs, and belligerent opponents?  Together, a stubborn general manager and tough-as-nails player race towards the playoffs and history.

42 is a genial, easy-going movie about a dark time in American history.  As the film expresses, however, dark times allow men and women of character and strength to be the light that shines through the clouds and maybe even dispel some of that darkness.  The film is really the story of two men, Jackie Robinson and Branch Rickey, who wage battle on different, but related fronts.

The more interesting battle is Jackie’s because it takes place on the field of combat that is professional sports.  Director Brian Helgeland is quite good at making the baseball scenes of this film engaging, even occasionally fascinating.  The scenes in which Robinson is heckled with the word, “nigger,” the most used of all the hate speech, are riveting.  Even if the N-word makes you uncomfortable, it is hard to look away from these most potent moments of 42.  Kudos to Alan Tudyk as the horrid Ben Chapman; it is a superb turn that makes a small role unforgettable.

Helgeland is not quite as good at depicting Branch Rickey’s struggles.  He picks the right adversaries for the pugnacious executive, but the director is shoddy in executing the backroom verbal brawls.  When it comes to Rickey, Helgeland presents an opponent with a gripe, and has Rickey tell him off, in what amounts to a short, one-sided spat.  I can imagine that the real-life versions of Rickey’s battles were a tad bit more dramatic and combative than they are depicted here.  That aside, Harrison Ford gives one of the best performances of his career as Rickey; it is worthy of an Oscar nomination.

When Brian Helgeland combines Rickey and Robinson’s struggles into a single struggle, he creates a rhythm that beats out a tale of two men determined to overcome obstacles.  Yeah, 42 is feel-good and even schmaltzy, especially in scenes that bring Jackie and his wife, Rachel, together.  I can put that aside because 42 is a movie that American film needed to tell, and it does good by the real-life story it tells