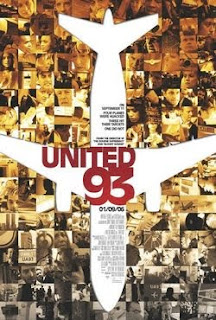 Directed by Paul Greengrass (Bloody Sunday, The Bourne Supremacy), United 93 is a fictional account of the incidents aboard United Airlines Flight 93, the fourth hijacked plane on September 11, 2001, the day of the worst terrorist attacks on American soil. This docu-drama follows the boarding of a Boeing 757 – United Flight 93 – for an ordinary flight to San Francisco. Then, it moves back and forth from flight control centers in Boston, Cleveland, and New York and the Herndon Command Centers back to 93 as the 9/11 attacks begin. The second half of the film finds the crew and passengers of United 93 realizing with dawning horror that America is under attack and that their flight, which has been hijacked by four men, is part of that attack. Some of the passengers and crew resolve to fight in a desperate attempt to take back control of the plane.

Quality action thrillers reward their viewers with exhilarating highs and even the occasional wallop to the old midsection. United 93 (2006 New York Film Critics Circle Award for “Best Picture”) does just that. This film, however, is really more than just an action movie; it is a memorial to the real events of 9/11. That it also manages to be a harrowing, heartbreaking, and ultimately masterful bit of filmmaking is a triple bonus.

Still, as director Paul Greengrass (2006 Los Angeles Film Critics Association Awards winner for “Best Director”) has admitted, no one really knows what happened aboard United 93 from the time it left Boston until it crashed in Shanksville, Pennsylvania. Phone calls from the passengers and crew are all that the public and storytellers have to piece together a probable timeline of the events. For the best storytellers, that is just enough material to tell a story that captures the popular imagination the way real history does.

This lean, mean fighting machine of movie can be harsh at times, but Greengrass makes us care no matter how desperate the situation is for the passengers and crew. Too bad, the first 50 minutes of this story is so antiseptic. Greengrass switches back and forth from United flight 93 to several command centers as various officials, bureaucrats, and authority types try to figure out what’s going on the day passengers planes were used to terrorize America. He’s clinical and occasionally bland in his attempt to nail down the technical details and reproduce history via digital photography. Why then is the first half so dull? It’s like watching an ordinary TV documentary on the Discovery or History Channels. It’s downright anal the way Greengrass creates verisimilitude in the first half, and his fidelity to what alleged facts he has about the real United 93 is admirable, although that all makes for a great dullness.

It’s in the second half of the film when Greengrass has to deal with speculation, myth, and a lack of facts that United 93 flirts with being a truly great film. As harsh as it is at times, United 93 makes us care about the characters, the place, and the situation no matter how painful it might be to watch. It’s as if we’re there with the characters and rooting for them – maybe, even begging that they survive. No one knows what happened when hijackers took over United Airlines Flight 93, but Paul Greengrass makes a darn good yarn out of speculation. United 93 is the art of making film myth out of history just as Oliver Stone did 15 years earlier with JFK.

Posted by Leroy Douresseaux at 8:14 AM