Inception is Fantastic but Hollow 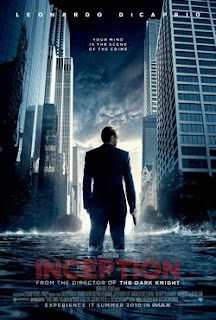 Christopher Nolan, the director of The Dark Knight, has unleashed a stunning new film – a visionary spectacle of spectacular visuals called Inception. Filled with mind-blowing visual effects, Inception is a mind-bending journey through the dreams and the subconscious. It will take your breath away; even dazzle you as long as you don’t pay attention to the shallow, clumsily built framework of a story.

Inception follows a thief named Dom Cobb (Leonardo DiCaprio) who has mastered a rather unusual craft called “extraction.” As an “extractor”, Cobb has the power the enter people’s dreams by thrusting himself into their subconscious, which gives him access to ideas and information that would be impossible to get otherwise. Cobb’s rare talent, ability, and technological know-how have made him a coveted player in this new frontier of corporate espionage, but this is a treacherous field that has also made him an international fugitive and keeps him from his family.

Now, Saito (Ken Watanabe), a Japanese businessman has offered Cobb a chance to clear his name. Saito wants Cobb to pull off the difficult (and thought to be impossible) job of inception – using a dream to plant an idea within a person’s mind. Their target is Robert Fischer, Jr. (Cillian Murphy), the heir to mega-corporation. Cobb and his team, including his point man, Arthur (Joseph Gordon-Levitt) and the newest member, college graduate student Ariadne (Ellen Page), think they’re about to pull off the perfect heist, until a dangerous enemy begins to track their every move. And this enemy is someone Cobb should have seen coming.

Far all its razzle dazzle, Inception is a heist movie. It’s like blending The Matrix with Ocean’s Eleven. Imagine Neo and his friends going into the Matrix not to fight the machine, but to steal people’s stuff. Inception may be a trippy trip like The Matrix, but as a heist movie, Cobb and company aren’t as cool as Danny Ocean’s crew.

But it is difficult to feel for the characters when nothing in this movie feels real, and other than the impressive imagery and effects, nothing else is powerful in this story. The characters are shallow, although they all have potential, and the female characters, Marion Cotillard’s Mallorie and (the ridiculously skinny) Ellen Page’s Ariadne, are especially wasted on the flimsy character drama. In fact, it is only Leonardo DiCaprio’s usually intense performance that makes the Dom Cobb character interesting, even at times alluring. The movie is so visually overwhelming, yet the story is about nothing. As a movie, Inception is merely an ingenious game.

Perhaps, Christopher Nolan has stolen into our dreams and implanted the idea that this is a great movie, and it is indeed an exceptional movie. Thanks to composer Hans Zimmer’s pounding score, Inception is even invigorating. However, this is a riff on The Matrix, and while its ending may leave a smile on your face (as it did to me), the lack of story makes Inception more a great experience than a great movie or story.

Posted by Leroy Douresseaux at 7:03 PM