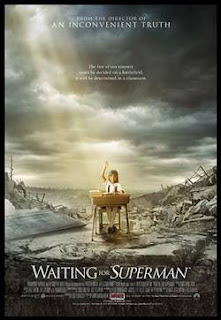 OfficeMax® Set to Expand Its “A Day Made Better” Program – Second Benchmark Met on WaitingForSuperman.com

HOLLYWOOD, CA (August 23, 2010) – Paramount Pictures, Participant Media and Walden Media announced today 40,000 people have pledged to see the award-winning documentary film WAITING FOR “SUPERMAN” when it opens this fall, making it the second goal reached on the campaign’s “Pledge Progress Meter.” As a result, Chicago-based office supply retailer OfficeMax® is fulfilling its commitment to add 40 deserving U.S. teachers to its “A Day Made Better” program.

"Thanks to more than 40,000 pledges to see this important documentary film, OfficeMax is pleased to surprise 40 deserving teachers across the country with a total of $40,000 in school supplies on behalf of our national cause called A Day Made Better," said Bill Bonner, senior director of external relations for OfficeMax. "By joining the ‘Take the Pledge’ campaign, we hope to call attention to the issue of teacher out-of-pocket spending, encourage national support and start erasing teacher teacher-funded classrooms."

WAITING FOR “SUPERMAN” directed by Davis Guggenheim (“An Inconvenient Truth”) will be released under the Paramount Vantage banner and distributed by Paramount Pictures. It examines the crisis of public education in the United States through multiple interlocking stories. Designed to start a national conversation, the movie and corresponding “Take the Pledge” campaign aim to inspire everyone to create innovative and long-term solutions to help change the course of our kids’ lives for the better. The “Pledge Progress Meter” launched in May as a way for non-profits, foundations and corporations to match individual pledge levels with powerful action items aimed at helping both students and public schools. First Book was the first organization to take the pledge, by agreeing to donate 250,000 new books to schools and programs in low-income communities across the country once the pledge meter reaches 50,000 pledges.

For more information about the movie, or to take the pledge go to http://www.waitingforsuperman.com/ or text “PLEDGE” to 77177

About OfficeMax
OfficeMax Incorporated (NYSE: OMX) is a leader in both business-to-business office products solutions and retail office equipment. The OfficeMax mission is simple. We help our customers do their best work. The company provides office supplies and paper, in-store print and document services through OfficeMax ImPress®, technology products and solutions, and office furniture to businesses and individual consumers. OfficeMax customers are served by more than 30,000 associates through direct sales, catalogs, e-commerce and approximately 1,000 stores. For more information on “A Day Made Better” visit http://www.adaymadebetter.com/.

About A Day Made Better
“A Day Made Better” is a national cause founded by OfficeMax and nonprofit Adopt-A-Classroom to help lead the fight to end teacher-funded classrooms. Throughout the year, 3,500 OfficeMax associates surprise and honor more than 1,000 teachers at Title 1 schools across the country each with an award and $1000 in classroom supplies. Nominated by their principals, teachers recipients receive this honor for their exceptional contributions as educators. By recognizing and rewarding some of the nation’s most dedicated teachers, the cause seeks to call attention to the issue of teacher out-of-pocket spending and motivate widespread support for teachers nationwide. “A Day Made Better” was first conducted in October 2007 and has since funded over 3,500 classrooms and attracted donations for more than 10,000 classrooms through Adopt-A-Classroom.
Posted by Leroy Douresseaux at 11:07 AM