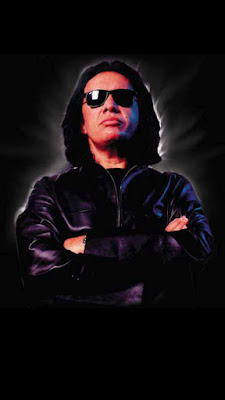 “I’m excited to bring Rock & Roll to Wizard World Comic Con in Richmond,” says Simmons. “It’s gonna be a killer time, so I hope to see you there!”

Gene Simmons is a multi-hyphenate entrepreneur and one of the world’s most recognized personalities. He co-founded KISS 42 years ago. KISS has sold over 100 million CDs and DVDs worldwide, is celebrating its 42nd year, and continues to sell out stadiums and arenas around the world, breaking box-office records set by Elvis and the Beatles. KISS was inducted into the Rock & Roll Hall of Fame at the 2014 induction ceremony, and the band is recognized with a star on the Hollywood Walk of Fame for its pioneering work.

“We’re incredibly excited to have Gene Simmons join us at Wizard World Richmond,” says John Maatta, Wizard World President and CEO. “This is the kind of exclusive and exciting programming that Wizard World is all about.”

For more information on Gene Simmons’ appearance, and to purchase general and VIP admissions for the event, view the schedule, location, show hours, hotel and travel information, please visit: http://wizardworld.com/comiccon/richmond.


About Gene Simmons
Gene Simmons is a multi-hyphenate entrepreneur and one of the world’s most recognized personalities. He has starred in his own reality show, GENE SIMMONS FAMILY JEWELS (A&E) for 9 seasons and 167 episodes. Simmons also starred in GENE SIMMONS ROCK SCHOOL (VH1) for two seasons. He created MR. ROMANCE (Oxygen) and the cartoon MY DAD THE ROCK STAR (Nickelodeon). He co-produced the film DETROIT ROCK CITY (New Line).

Gene Simmons has recently launched two new ventures – MOTION ™ Pictures, a fully-funded motion picture company that will produce and finance its own films; and SIREN ™, which likewise is fully-funded. SIREN ™ will engage in a variety of ventures, including real estate and other acquisitions.

The Wizard World 2016 schedule is available at: http://wizardworld.com/searchby/city/.