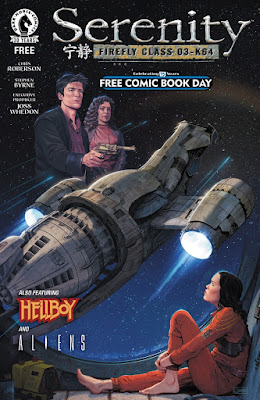 • An unforgettable lesson from Hellboy’s past is shared by the world’s greatest paranormal investigator!

• A peek into the Aliens: Defiance series reveals an original tale of terror!

• From the world of Joss Whedon, an update on the crew of the Serenity, following the film and the 2014 smash-hit series Leaves on the Wind!

Dark Horse offers up the best of the very best for next year’s Free Comic Book Day, taking place exclusively at your local comic shop on May 7, 2015.