Review: "AMSTERDAM" is a Movie That Follows the Right God Home 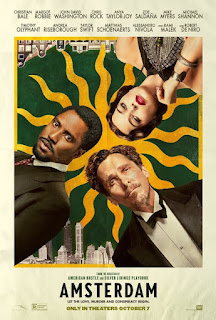