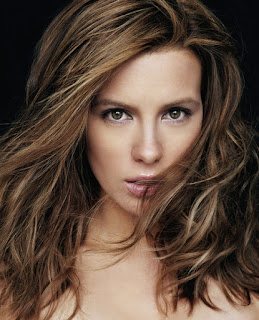 Star of “Underworld,” “Van Helsing,” “The Aviator” and “Total Recall” will be at FanX; tickets on sale now; FanX takes place March 24-26, 2016 at the Salt Palace Convention Center

The event is scheduled for March 24-26, 2016 at the Salt Palace Convention Center. FanX™ is produced by the same team behind Salt Lake Comic Con, which established itself as one of the top pop culture events in North America and the most attended convention in the history of Utah. The attendance numbers and quality of the fanXperience have grown with each subsequent show.

Beckinsale is best known to comic con fans for her starring role as the vampire Selene in the action-horror “Underworld” film series, which grossed nearly $500 million at the box office. Other notable roles include Ava Gardner in the Oscar-winning biopic “The Aviator,” Nurse Lt. Evelyn Johnson in the war film “Pearl Harbor,” Lori Quaid in the sci-fi reboot “Total Recall,” and many others. Beckinsale will reprise her role as Selene in “Underworld: Next Generation,” due in theaters October 14, 2016. She also attended University of Oxford, is fluent in four languages and was named Esquire’s Sexiest Woman Alive in 2009.

“Kate is a natural fit for FanX™ as the star of ‘Underworld’ and many other Hollywood blockbusters,” said Dan Farr, Salt Lake Comic Con Founder and Producer. “With a new ‘Underworld’ movie coming out this fall, this is a great opportunity for fans to meet the star of the next highly anticipated installment.”

The “Underworld” franchise has had a variety of spin-offs, including novelizations, video games, adapted films and a comics series. Additionally, Beckinsale’s Selene character was loosely based on Marvel Comics’ vampire, mutant and sorceress Selene, who appeared as an enemy of the “X-Men.”

“Kate Beckinsale crosses so many fandoms from sci-fi to supernatural with films like ‘Underworld,’ ‘Total Recall’ and ‘Van Helsing.’ She has established herself as an A-List celebrity co-starring with Leonardo DiCaprio in ‘The Aviator,’ Ben Affleck in ‘Pearl Harbor’ and John Cusack in ‘Serendipity,’” said Bryan Brandenburg, Salt Lake Comic Con Co-Founder and Chief Marketing Officer. “She is a super exciting addition to an already stellar guest lineup. We are on track to deliver our fans their best experience yet.”

The third annual FanX™ is an exclusive event for Salt Lake Comic Con fans designed to give attendees an up close and personal FanXperience with their favorite pop culture icons. In addition to celebrity guests, FanX™ will feature comicbook artists and creators, authors, panelists, and more. There are more celebrity guests and panel programming per square feet than the bigger event in the fall, with over 400 guests and panelists.

FanX™ 2016 is the first event of the year, with Salt Lake Comic Con 2016 scheduled for September. Both events feature incredible FanXperiences. Celebrity Stars pose for Photo Ops and sign Autographs for fans, as well as share stories and answer questions at a Spotlight Panel. Famous Authors and Artists will also be on hand to meet fans and sell prints and books they will personally sign. Hundreds of hours of Panels will take place over the weekend, covering a wide range of pop culture topics. The Vendor Hall features hundreds of booths selling collectibles, clothes, exclusives, and other geeky merchandise. The youngest fans will find a place to meet kid-favorite characters, participate in family-friendly activities, and make arts and crafts in the KidCon section of the event. There will also be other Special Events scheduled over the weekend, including parties, nightlife, exclusive paid panels, meet-and-greets and more.


ABOUT SALT LAKE COMIC CON:
Salt Lake Comic Con and Salt Lake Comic Con FanX™ is organized by Dan Farr Productions and is not associated with any other comic con. FanXperience is the Ultimate Fan Celebration. Dan Farr Productions is an event and marketing group devoted to organizing events, launching and acquiring new shows, and partnering with premium celebrities and brands in the pop culture arena. Dan Farr Productions is dedicated to producing spectacular celebrations of popular culture that lead the market in providing exceptional and rewarding experiences for our consumers, fans, celebrity guests, vendors and partners. Find out more at: www.SaltLakeComicCon.com

Posted by Leroy Douresseaux at 10:12 AM