Image Comics Announces New Chapter of "Sons of the Devil" 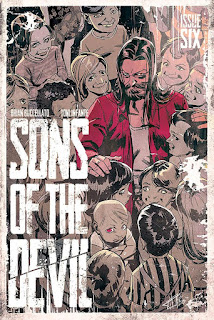 SONS OF THE DEVIL TACKLES A NEW CHAPTER

Previously in SONS OF THE DEVIL, average guy Travis discovered he had family ties to a deadly cult.

In SONS OF THE DEVIL #6, the second arc begins with Travis looking to reconnect with his biological family while his father, David, continues to assemble the pieces for his devil’s sacrifice.

Posted by Leroy Douresseaux at 5:25 AM