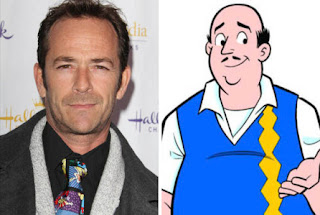 After casting Cole Sprouse (The Sweet Life of Zack and Cody) as Jughead Jones and Lili Reinhart (Surviving Jack) as Betty Cooper in The CW’s pilot episode of the live-action “Riverdale” TV series, comes the news that the next member of the iconic Archie series is here! Luke Perry (Beverly Hills, 90210) has been cast as the father of Archie Andrews.

In the exclusive announcement, Deadline described Luke Perry's Fred Andrews as "easygoing" and the owner of a construction firm who is hoping his son, who worked for him all summer, will someday take over the family business.

Perry, whose series credits also include Oz, John From Cincinnati and Body Of Proof, is repped by TalentWorks and Himber Entertainment.