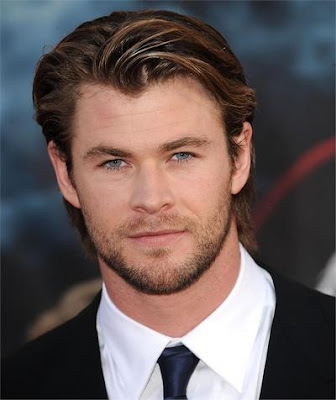 CLEVELAND - Millions of fans flocked to theaters to see him as the “God of Thunder” in the Thor and Avengers franchise blockbusters. Later this month, they can meet Chris Hemsworth in person as he headlines Wizard World Cleveland on Saturday, February 27, 2016, at the FirstMerit Convention Center of Cleveland, Ohio. Hemsworth will sign autographs, pose for photo ops and conduct a Q&A panel, as announced today by Wizard World, Inc. (OTCBB: WIZD), a leading producer of comic con, gaming and pop culture events.

One of Hollywood's fastest-risers, Hemsworth was first introduced to U.S. audiences in Star Trek in 2009. Three years later, Hemsworth also starred in Universal’s big revisionist fairy tale Snow White And The Huntsman opposite Charlize Theron and Kristen Stewart and in the horror feature The Cabin in the Woods.

As prolific as 2012 was for the Melbourne, Australia, native, 2015 was even bigger, with four feature films including The Avengers: Age of Ultron, In the Heart of the Sea, Vacation and Blackhat . He also will play the lead in the sequel The Huntsman Winter's War and a key role in the reboot of Ghostbusters, both scheduled for release this year.

“We are extremely excited to be adding a Hollywood heavyweight like Chris Hemsworth to what was already shaping up as a massive second-year show in Cleveland,” said John Macaluso, Wizard World President and CEO. “He is one of our most requested guests, and is the kind of superstar celebrity fans have come to expect to meet at our events.”

Wizard World Cleveland will mark Hemsworth's third Wizard World appearance.  He was a huge hit in Sacramento in 2015 and in Philadelphia in 2012, and this year joins an already star-studded celebrity roster in Cleveland, as the “Doctor Who” duo of Matt Smith and Karen Gillan, “The Walking Dead” tandem of Chandler Riggs and Michael Rooker , Robert Englund ( A Nightmare on Elm Street) and Frank Grillo (Captain America: The Winter Soldier) are the early commitments to one of Wizard World’s most popular comic con events.

Wizard World Cleveland is also the place for cosplay, with fans young and old showing off their best costumes throughout the event. Fans dressed as every imaginable character – and some never before dreamed – will roam the convention floor and participate in the famed Wizard World Costume Contest on Saturday night.

For more on the 2016 Wizard World Cleveland, visit http://wizd.me/ClevelandPR .

The Wizard World 2016 schedule is available at: http://wizardworld.com/searchby/city/ .