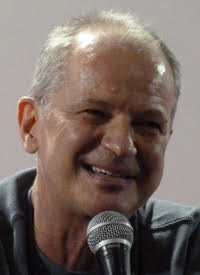 (New Bedford, MA/USA) Results from the 8th annual Inkwell Awards will be presented at the inking advocacy group's 5th live awards ceremony this June 19-21, 2015 at Heroes Con in Charlotte, NC. Legendary ink artist Klaus Janson will be one of the speakers.

“It's exciting and rewarding to celebrate with fans in recognizing the industry’s best ink artists,” said Bob Almond, the non-profit organization’s founder and director. “Since one of the major awards organizations dropped their 'best inker' category years ago and later began awarding 'best penciller/inker team' to individuals, we've been proud to pick up the slack and show the world the vital and varied contributions made by inkers.”

Rather than just “Favorite Inker,” the Inkwells have five categories, including the “Props” award for under-recognized professionals, and the S.P.A.M.I., for favorite Small Press And Mainstream-Independent work. Thousands of voters visited and voted during May at the group’s web site to show their support.

The awards ceremony is scheduled this year for Friday (not Saturday as in the past), June 19 at 5:00 PM in room 209-210. In addition to past Hall of Fame award-winner and guest of honor Klaus Janson, other speakers include host Almond, presenters Mike McKone (Inkwell special ambassador) and Mark McKenna (2012 Sinnott Hall of Fame winner), plus Steve Hampton, Craig Yoe and Orion Zangara. Announced with the award-winners will be the two recipients of the annual Joe Sinnott Hall of Fame Award and the first recipient of the Special Recognition Award.

As an added bonus, the first 20 non-member attendees will receive a raffle ticket for an automatic door prize. After the event, every ticket holder will win a prize as explained at the ceremony.

The Inkwells will be set up in Artists Alley at table 307, offering for donations their new, 4th annual Joe Sinnott Inking Challenge book and plenty of other Inkwells merchandise to help raise much-needed funds. “We’re immensely grateful to Shelton Drum and the Heroes Con staff for supporting the community and giving fans an opportunity to learn more about and appreciate this often overlooked industry craft.”

The Inkwell Awards is an official 501(c)3 non-profit organization whose mission is to educate the public and promote the art form of comic-book inking, as well as annually recognize and award the best ink artists and their work. Now in its 8th year, the organization is overseen by a committee of industry professionals and assisted by various professional ambassadors and numerous contributors. They sponsor the Dave Simons Inkwell Memorial Scholarship Fund for the Kubert School and host the Joe Sinnott Hall of Fame Award.