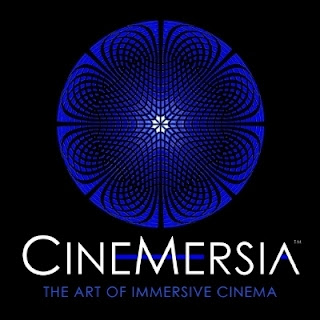 LOS ANGELES /PRNewswire/ -- With the world's first live-action, VR feature film, MansLaughter, just weeks from releasing, its producers today announced the commencement of Arapaho, a far more ambitious second VR feature film. "I wanted to do something epic this time, on a grand scale visually and experientially," said Arapaho's writer and director, David Marlett. "Imagine Dances with Wolves, only you are out there, with them, not sitting in a theater."

With the prominence of VR at E3 this week, and last week's Oculus announcement of the commercial Rift coming in early 2016, along with their partnership with Microsoft/Xbox, the VR world is abuzz with optimism for the exciting future of immersive entertainment. "The device guys will duke it out," said Marlett, "but what matters most is the quality of the content their gear delivers to millions of viewers." Currently most storytelling VR content is animated, and the majority of live-action VR videos use multiple Go Pro cameras to capture scenic events, like heli-skiing and surfing.

Cinemersia has much more robust ideas. "For Arapaho, we're partnering with tech/camera innovators to create a large, spherical, cinema camera rig to be suspended below a helicopter," said the CTO of Cinemersia, Cameron Ayres. "David's story design will take you right into the heart of the tribe, alongside them as they hunt buffalo," added Joy Slate, Director of Operations. "No matter where you look, it will appear you're alone with them on the prairie. It's going to be breath taking."

Arapaho's blurb:
In 1852, on the Great Northern Plains of America, Black Eagle rouses his Arapaho hunters, plays with his children, and eats smoked venison strips as his sister paints his face for the hunt. When finished, he pauses to lift prayers to the Spirits. It will be three days before he and the buffalo party return, hopefully with the success he now prays for. But all know his other prayer, what weights his heart and fills his thoughts. His wife, Sun Bird, was kidnapped by a Pawnee raiding party over two moons prior and remains lost. Every ride out, every hunt, is a chance for Black Eagle to search new ground, to seek any sign of her. Today he feels she is near.

Though their first VR film, MansLaughter, will set records in a number of categories, including first live action VR feature film and longest VR film, Arapaho will go well beyond those records. "With MansLaughter, the sixty-plus minute runtime [time that it takes to see all of the scenes] is collapsed into four fifteen minutes-per-viewing experiences," said Ayres. "Arapaho will have a record-setting [for VR cinema] ninety minute runtime, containing two story threads, each viewable in forty-five minute stretches."

Production is planned for early 2016, in Wyoming or North Dakota. Besides talking with a number of corporate sponsors, Cinemersia will be working closely with the Native American community. "I truly don't think storytelling, or even the film industry as a whole, will be the same after Arapaho," said Marlett. "This will be the closest thing to time travel that we've ever known."