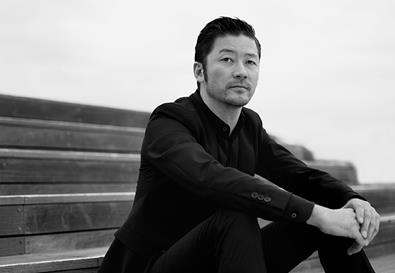 Advance tickets to the 2015 J-POP SUMMIT/JFFSF Opening Night Event at the Castro Theatre are available now for $25.00 each from http://jpop2015.brownpapertickets.com.

The event begins at 8:00pm kicking off both annual festivals and will feature a special 35mm presentation of director Sogo Ishii’s Electric Dragon 80000V, a rollicking comic-book style action film that stars acclaimed Japanese actor Tadanobu Asano, who is widely known for roles in movies such as Ichi the Killer, Zatoichi, Thor, 46 Ronin, and Battleship.

The evening will be highlighted by a personal appearance by actor Tadanobu Asano, who will introduce the film and participate in an audience Q&A, as well as a live DJ set collaboration by one of Japan’s legendary techno DJ and EDM producers, Ken Ishii, along with Japan’s top anime director Koji Morimoto, widely known as a founder of renowned Studio 4℃ and his works such as Animatrix and Genius Party Beyond.

The 2015 J-POP SUMMIT takes place Saturday and Sunday August 8th & 9th at the historic Fort Mason Center in San Francisco’s Marina district. Tickets and V.I.P Passes to the 2015 J-POP SUMMIT are available now at: www.J-POP.com. Throughout the weekend, attendees can enjoy a colorful assortment of Japanese pop-influenced culture, fashion, pop art, live music, technology and travel that will be complemented by celebrity Guests of Honor, anime programming, cosplay and pop idol contests, and a wide assortment of vendors and other programming.

The 2015 Japan Film Festival of San Francisco takes place August 7th to 16th, 2015 at the city’s historic Castro Theatre and also at NEW PEOPLE Cinema, located in Japantown at 1746 Post St. San Francisco, CA 94115 (www.newpeoplecinema.com). This year’s JFFSF will showcase a dazzling array of new and recent Japanese live-action as well as anime film release, many as first-run U.S. premieres. Tickets and film schedules are available at: www.JFFSF.org.

“This Opening Night event will be an unforgettable way to kick off the 2015 J-POP SUMMIT and the Japan Film Festival of San Francisco and we are planning an exciting evening filled with film, music and personal appearances by notable Japanese entertainers,” says Seiji Horibuchi, chairman of the J-POP SUMMIT Festival Committee. “Join us for what promises to be a truly electrifying evening.”

In the film, Electric Dragon 80000V, Dragon Eye Morrison (played by Tadanobu Asano) is a reptile investigator who suffers from an intermittent explosive disorder caused by brain damage he sustained in a childhood accident. He manages to find a way to survive and control his urges to destroy with his love of reptiles and an electric guitar. Meanwhile, Thunderbolt Buddha (played by Masatoshi Nagase), an electric repairman turned vigilante who has acquired powerful electro-conductive powers after sustaining a childhood accident, goes after crime bosses and gangsters that take advantage of electric signals. Holding an obsessive hatred towards Morrison, Thunderbolt Buddha challenges him to a final showdown on the rooftops of Tokyo.

Actor Tadanobu Asano (www.anore.co.jp/artist/actor/asano) is an award winning Japanese actor, who has acted in notable roles in both Japan and the U.S. Most recently, he appeared in the Marvel Studios film, Thor, as well as its sequel Thor: Dark World. His film roles have earned him many awards from international film festivals including his leading role in the Oscar-nominated film, Mongol. He also owns and manages a talent agency called Anore Inc. with his family, and works with many of Japan’s most talented and up-and-coming actors and actresses.

Ken Ishii (http://kenishii.com/) is a legendary techno DJ and producer who has composed music for many different media outlets. Rising from the club scene in the 90’s, Ishii’s work first became internationally recognized when his single, “Extra,” won a music video award at the MTV Music Awards in 1996. He is also known for composing the music for the 1998 Nagano Winter Olympics Opening Ceremony as well as various video game soundtracks, He has performed live internationally and enjoys a worldwide fan base in the electronic music scene.

Koji Morimoto (http://kojimorimoto.com/) is widely known as the co-founder of the renowned anime studio, Studio 4°C, and also for his animated works, MAGNETIC ROSE, from the trilogy, MEMORIES, as well as Ken Ishii’s EXTRA (music video), Animatrix, and Genius Party Beyond. In 2011, he received the Cannes Cyber Lions Silver for a French interactive anti-smoking campaign, Attraction. His collaborative work for LEXUS Short Films called, A Better Tomorrow, world-premiered at the Cannes Film Festival in 2013. The same year, he also directed the opening segment for the acclaimed animated omnibus, SHORT PEACE by Katsuhiro Otomo (the creator of Akira).


About JAPAN FILM FESTIVAL OF SAN FRANCISCO
Launched in 2013, Japan Film Festival of San Francisco is the first and only fully dedicated Japanese film event for the SF Bay Are. This year’s edition will feature a colorful mix of narratives, anime and documentary film premieres and exclusive screenings with special guest appearance at the NEW PEOPLE Cinema in SF’s Japantown from August 8th (Sat) through August 16th (Sun), 2015. More details and ticket information is available at www.jffsf.org.