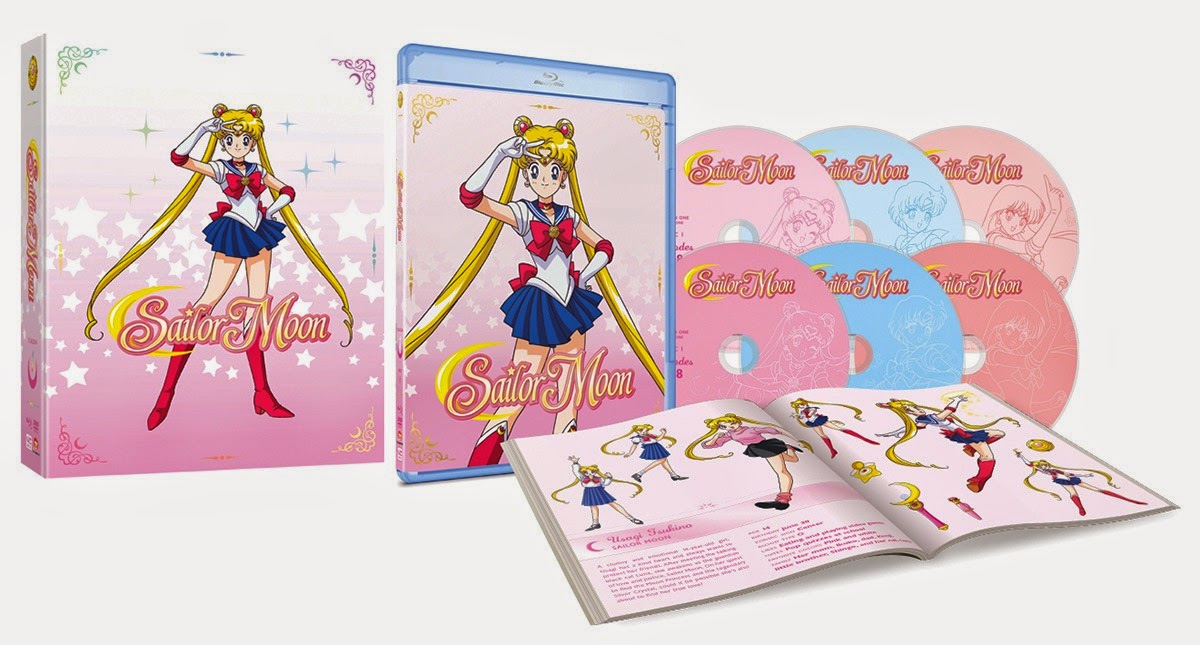 VIZ Media, LLC (VIZ Media), the largest distributor and licensor of manga and anime in North America, delivers one of the most legendary anime series of all time with the home media release of SAILOR MOON Season 1, Set 1 as a Limited Edition Blu-ray/DVD Combo Pack and on DVD on November 11th.

SAILOR MOON has been completely re-mastered and is presented uncut and with a brand new English voice cast. The Standard Edition DVD and first-ever Limited Edition Blu-ray/DVD Combo Pack each contain 23 episodes along with a wealth of bonus features and premium packaging. English dubbed as well as Japanese subtitled dialogue options are available on both formats. The limited edition SAILOR MOON Season 1, Set 1 Blu-ray/DVD Combo Pack will carry a MSRP of $79.98 U.S. / $93.99 CAN; the DVD edition will have a MSRP of $44.82 U.S. / $51.99 CAN.

Fans also can enjoy a bevy of bonus material available exclusively on the Limited Edition Blu-ray/DVD Combo Pack such as an interactive, full-color SAILOR MOON video art gallery, the original series trailers, a ‘signs and songs’ subtitle track, analogue closed captions for the deaf and hard of hearing, and exclusive all-new behind the scenes footage of the English dub sessions as well as special SAILOR MOON convention announcement panel footage, and more!

SAILOR MOON depicts the adventures of Usagi Tsukino, a cheerful 14-year-old schoolgirl who often finds herself in unwanted trouble. One day, she saves a talking cat named Luna from some mean kids, and her life is changed forever. Luna gives Usagi a magic brooch that transforms her into Sailor Moon, guardian of love and justice! Now Usagi must work with Luna to find the other Sailor Guardians and the Moon Princess, whose Legendary Silver Crystal is Earth’s only hope against the dark forces of the evil Queen Beryl!

“After being out of print and unavailable in North America for over ten years, the return of SAILOR MOON makes this set a truly historic anime release and one that should be a part of every collection,” says Charlene Ingram, Senior Manager, Animation Marketing. “The Limited Edition Blu-ray/DVD Combo Pack is an especially noteworthy collection and offers the debut season of this treasured series for the very first time in crisp High Definition, uncut and re-mastered, and with a brand new English dub cast. Join the Pretty Guardians of Love and Justice, and catch all their early adventures in these forthcoming home media releases that are fit for a Moon Princess!”