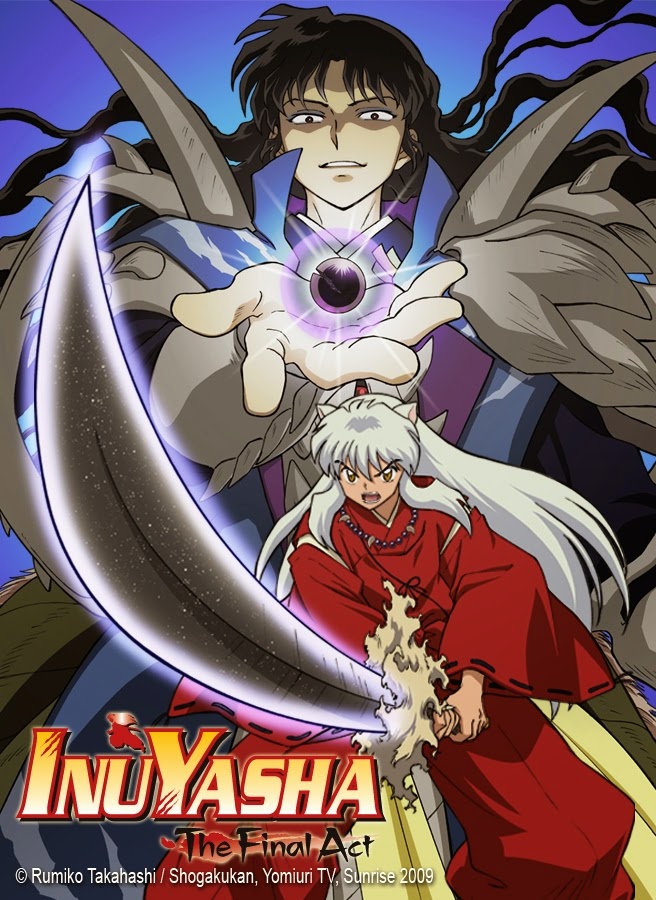 VIZ Media, LLC (VIZ Media), the largest distributor and licensor of manga and anime in North America, is proud to announce the domestic broadcast premiere of INUYASHA: THE FINAL ACT, the finale to the long-running animated adventure saga, set to be broadcast on Adult Swim’s Toonami.

The first episode of the final story arc of the famed action/adventure/fantasy anime series will premiere at 2:00am on Sunday, November 16th, 2014 with future episodes to air each subsequent Sunday. Check local listings for channel availability and specific regional broadcast times. Adult Swim’s (AdultSwim.com) Toonami is the Turner Broadcasting System, Inc.’s network for offering original and acquired animated and live-action series for young adults.

INUYASHA: THE FINAL ACT is based on the massively popular manga series (also published by VIZ Media, rated ‘T+’ for Older Teens) by famed creator Rumiko Takahashi. The INUYASHA anime series has run for 193 episodes in total and has also spawned several popular feature films. Pulled back in time to Japan's ancient past, Japanese high school girl Kagome finds her destiny linked to a dog-like half-demon named Inuyasha, who remembers Kagome's previous incarnation as the woman who killed him - and to the Shikon Jewel, or "Jewel of Four Souls," which can fulfill the greatest dreams of any man or monster. Now Kagome and Inuyasha must work together to search for the scattered shards of the jewel before everyone's nightmares are given the power they need to come true.

INUYASHA: THE FINAL ACT offers the culmination of the epic quest to restore the shattered Shikon Jewel. In the final episodes, the half-demon Inuyasha and modern schoolgirl Kagome face the deadly and cunning enemy demon mastermind, Naraku. With the Shikon Jewel nearly whole, the race to collect the remaining shards intensifies and a battle of epic proportions is brewing on the horizon!

“This legendary anime series reaches its ultimate conclusion with the exciting premiere of THE FINAL ACT on Toonami and plenty of action and quite a few plot surprises are in-store as Inuyasha and Kagome finally see the realization of their quest to restore the Shikon Jewel,” says Charlene Ingram, Senior Marketing Manager of Animation. “INUYASHA first premiered on Toonami and the series has played a pivotal role in helping to spawn the massive popularity that manga and anime now enjoys in North America. It’s very fitting that Toonami hosts the grand finale of one of anime’s most famous properties. Don’t miss the exciting premiere this weekend!”

Fans also can explore colorful INUYASHA art books and the complete manga series, which is published in North America by VIZ Media, along with the entire anime series and related INUYASHA animated feature films available on DVD.

For more information on INUYASHA and other anime and manga titles from VIZ Media, please visit www.VIZ.com.

Posted by Leroy Douresseaux at 6:52 AM