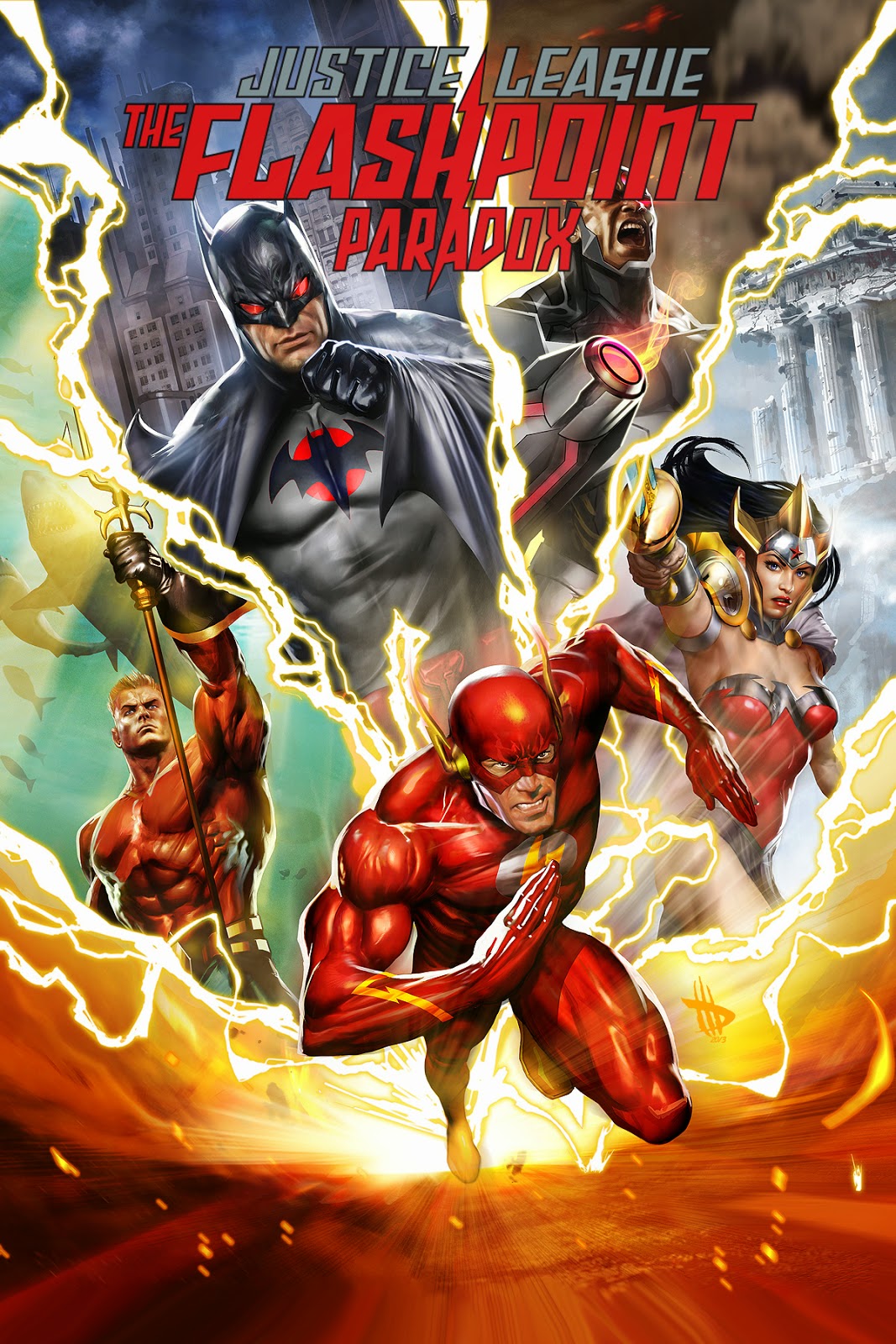 Barry Allen (Justin Chambers), who is also known as the superhero the Flash, visits the grave of his mother, Nora Allen (Grey DeLisle).  A day after an adventure with his Justice League teammates, Barry awakens to discover that his mother is alive, but that is not the only thing that has changed.  The entire world is different.  Some superheroes no longer exist.  Aquaman (Cary Elwes) and the military forces of Atlantis are engaged in a terrible war against Wonder Woman (Vanessa Marshall) and the Amazons.

Flash believes that his archenemy, Eobard Thawne a/k/a Professor Zoom (C. Thomas Howell), has done something to change time.  Now, he finds himself teaming up with an even darker version of Batman (Kevin McKidd) and a young superhero named Cyborg (Michael B. Jordan) to stop a war that will destroy the world.

In 2011, DC Comics used their Flashpoint publishing event to relaunch practically its entire line of superhero comic books.  As an adaptation of that event, Justice League: The Flashpoint Paradox is going to be a fresh start for the DC Universe Animated Original Movies line.  I imagine, however, that might not mean much to many viewers of these animated superhero movies.  Is Justice League: The Flashpoint Paradox any good?

Well, the first 20 minutes or so are a disaster.  At 81 minutes, it’s one of the longer DC Comics animated films, and I initially thought that there was no way I could make it through the entire thing.  Once I settled into the concept and understood the players, central plot, and various conflicts and rivalries, I started to enjoy The Flashpoint Paradox.

After all, it is pure superhero fun, and the filmmakers really play up the idea of what it means to be a superhero.  Themes of sacrifice and redemption run throughout the movie.  The belief that selflessness and togetherness can get mankind through the worst of the worst situations proudly permeates this film.  At a time when so many politicians and public figures smugly and shamelessly preach nihilistic individualism and naked self-interest, it is good to see classic superheroes giving life and limb to right wrongs and even to correct themselves.


Posted by Leroy Douresseaux at 9:24 AM