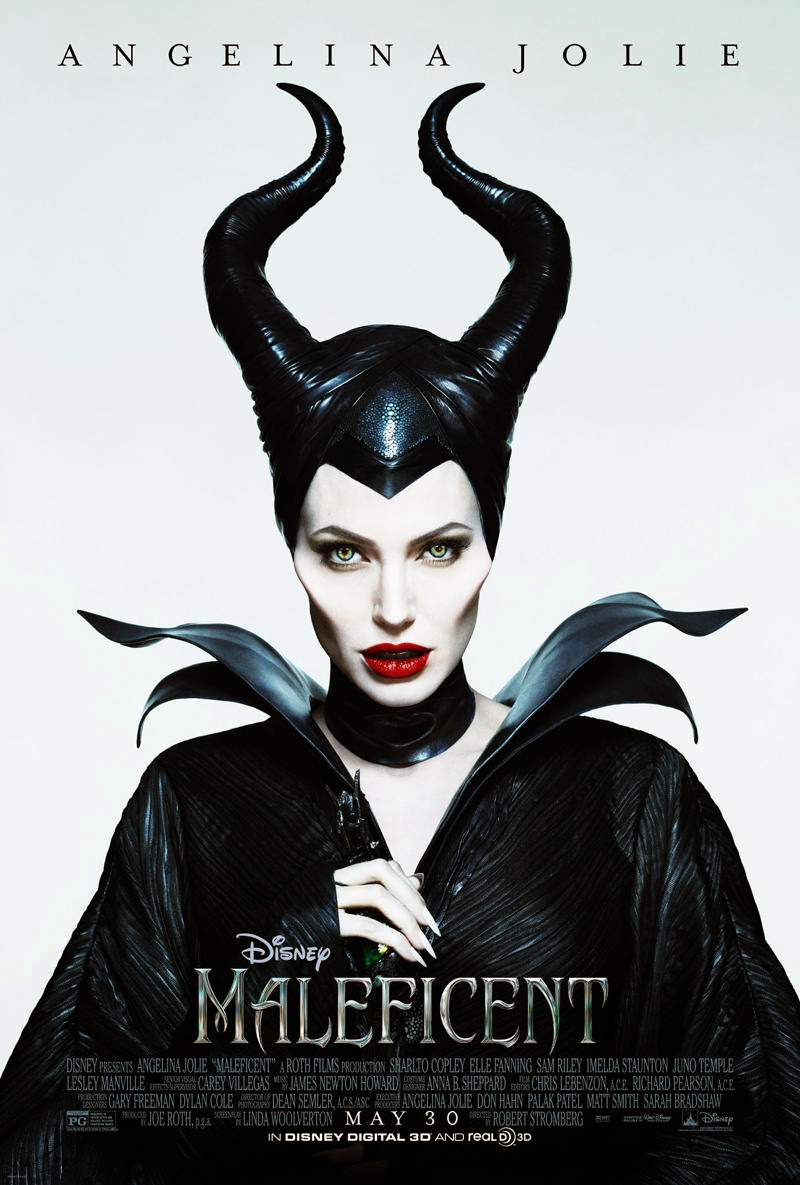 Q: What attracted you to the role?

A: I loved Maleficent when I was a little girl; she was my favorite Disney character. I was afraid of her and I loved her. So, when I'd heard rumors that there might be a Maleficent movie, I asked around to find out what was going on. Then I got a call asking if I was interested and I said absolutely. I said I loved the idea of it but I didn't know how one could turn that idea into a film because how could you make a film about somebody who curses a baby and what kind of film is that going to be? I said yes, but I didn't really think they'd be able to figure it out. And then they did.

Q: When you first read the script, what did you think?

A: I was really moved by the script from first reading. It was like uncovering a great mystery. We all know the story of "Sleeping Beauty" and we all know Maleficent and what happened at the christening because we've all grown up with that. But what we've never known is, what happened before?

Q: What are some of the things that we can expect?

A: People will see that she's the same wicked Maleficent. What I loved about the original Maleficent when I was little was that she had a wicked sense of fun. She enjoyed being evil and she reveled in it. She still gets to do that and she will satisfy, hopefully, the people that, like myself, are fans of the original. But you get to learn more about her and how she became evil.

I think that audiences will approach the christening scene differently. When you know what you know about her, by the time you get to the christening, if we've done it right, you may be on her side, which, if we can pull it off, would be extraordinary. Maleficent has a strong sense of justice; she has a strong heart and a strong sense of what she thinks is right and wrong and then she loses her way.

Q: What were some of the ideas you brought to this character?

A: I wanted to make sure we didn't lose her sense of wicked fun because I think it's a very beautiful story. It's kind of a different but classic fairy tale and it has a lot of heart. We want to revel in that and that was very important for me as well as that she was somebody that was relatable.

When I first read the script, I was very moved by it, so I sat my girls down and told them the real story of Maleficent. Then the next day, my little boy got into a fight with one of my daughters because he was saying, "Maleficent's evil. She's scary and she's evil." And my daughter was saying, "You don't understand. You don't know everything." I thought that was very interesting. Don't we all wish we could say, "But you don't know everything. You don't know me completely; you don't see the full picture." So when I heard my little girls defending her, I thought that this would be a character that I would hope that young girls and boys would see and would relate to. I hope the girls, especially, will see the importance of having a sense of justice and a sense of what's fair and what's worth fighting for. They'll see that they can be warriors and at the same time soft and feminine and deeply feeling, with all the complexities women have.

Q: Has your understanding of the character changed since playing her?

A: It changed all the way through the filming because she's taught me a lot. Maleficent is certainly one of the most difficult characters I've ever played because she represents all sides of what it is to be human, even though she is not. She was a very innocent youth with those kinds of qualities that you see in a lot of young people today where they're very passionate about environmental causes or the world or politics. Then she gets beaten down by betrayal and becomes quite dark and loses her humanity completely and then has to find it again.

For me, the journey of playing her has been much heavier, much more emotional, and much more difficult an experience than I expected. There's a part of me that plays big fun roles, but never this big. She's slightly crazy, extremely vibrant, a little wicked and has a big sense of humor, so she's quite full on. It's one of those characters that, for me, you couldn't do halfway.

Q: Tell us who Stefan is in the story and how your relationship changes.

A: Stefan is a human boy who Maleficent meets in the moors when she's young. They become best friends but as they grow up, the way they view the world changes and they have very different opinions. They both, at different times in the story, go very dark. They end up becoming enemies. Maleficent ultimately finds her humanity again and Stefan doesn't.

Q: Tell us who Diaval is.

A: Diaval is the most complicated character to explain. Diaval is a bird that Maleficent turns into a man because she needs someone to fly for her at a certain point. She then uses her powers to turn him into many other things, depending on what she needs. So this character, played by Sam Riley, is, on occasion, a bird, a wolf, a horse, or whatever animal she needs.

I think, especially for children, it's amazing to have this character that transforms into all these different personalities and all these different things. But they have a very bizarre relationship. At first Maleficent's quite controlling over him and then he tries to stand up to her and they bicker a lot. They're like a weird married couple that watches Aurora as she grows up. Maleficent has a disdain for Aurora and everything that she represents and Diaval's a little more nurturing.

Q: What do you hope the film will bring audiences?

A: Everybody involved is hoping to bring audiences the feeling that we've respected the classic film and if they loved the classic, we've tried to bring them what they've remembered and loved about this story. But we've tried to enhance it and also make it beautiful and touching. We hope that audiences care about the characters, Aurora and Maleficent and Stefan and everybody involved; whether they love them or hate them at moments, that somehow they deeply know them and they're deep, good characters.

Q: Tell me about your daughter in the film and how she got the role.

A: There are a lot of different Auroras in the movie. There's a baby Aurora, whom I've shot scenes with. I tried to be as nice as I possibly could, but the way I look as Maleficent just scares babies, so this little, teeny, sweet baby is traumatized by me every time she sees me. She gives this very furrowed brow and then within a matter of minutes she's crying. When crewmembers brought their young kids almost always they would cry and run away from me, so we realized that the only four year old that would probably not run away from me was my own daughter. We had to put Vivienne in the movie because no other little kid would allow me to pick them up because I look so scary.

Q: Has it been fun working with her?

Q: Who are the pixies in the movie?

A: The pixies are three wonderful actresses, extraordinary actresses, who are playing the already famous pixies. You know them by color: the green, pink, and blue. Maleficent has a funny relationship with them because she hates them. I get to banter with them and especially Imelda Staunton, who is Knotgrass. So to actually be dressed in the horns and having my own crazy character moment and having her as a little fairy yelling at me in her crazy moment is one of the best crazy moments I've ever had on film. The three pixies are so funny together and certainly the comedic relief and the joy of the film.

Q: Who is Aurora in this film and what has it been like working with Elle Fanning?

A: Elle is Aurora. From the moment I met her, she is just sunshine. She's a wonderful, sweet, intelligent young woman. Elle's such a capable actress and a very strong person, which is nice because this Aurora is not just in love with the flowers; she is elegant and beautiful and delicate and loving, but she's centered and she's quite an impressive young woman. Elle is bringing all of that and a great deal of emotional depth and her talent, as an actress, has really surprised me. She's great.

ABOUT THE MOVIE:
"Maleficent" explores the untold story of Disney's most iconic villain from the classic "Sleeping Beauty" and the elements of her betrayal that ultimately turn her pure heart to stone. Driven by revenge and a fierce desire to protect the moors over which she presides, Maleficent cruelly places an irrevocable curse upon the human king's newborn infant Aurora. As the child grows, Aurora is caught in the middle of the seething conflict between the forest kingdom she has grown to love and the human kingdom that holds herlegacy. Maleficent realizes that Aurora may hold the key to peace in the land and isforced to take drastic actions that will change both worlds forever.

Posted by Leroy Douresseaux at 8:09 AM