Amy Berg's "Deliver Us from Evil" is Powerful and Pointed 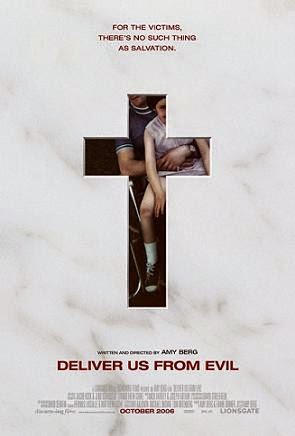 Deliver Us from Evil is a 2006 Oscar-nominated documentary film from writer-director, Amy Berg.  The film focuses on a Catholic priest whom the Catholic Church relocated to various parishes around the United States for the better part of two decades in order to cover up his rape of dozens of children.

Berg has recently gained notoriety because of a documentary film upon which she is currently working.  The unnamed film reportedly contains sex abuse allegations made against director Bryan Singer.  Singer is best known for his work on 20th Century Fox’s X-Men film franchise and for the Oscar-winning film, The Usual Suspects.

From the late 1960s to the mid-1980s, Catholic priest, Father Oliver O’Grady moved about Northern California molesting and raping countless children.  With her unsettling documentary, Deliver Us from Evil, director Amy Berg exposes the corruption inside the Catholic Church that allowed O’Grady to abuse children (and sometimes their parents).  Berg conducts a series of disturbing interviews with the pedophile priest that seek to provide a window for the viewer into the mind of this deeply troubled man, and Berg also mixes that with his victims’ stories.

Deliver Us from Evil attempts to construct a portrait of O’Grady as a spiritual leader who moved from church parish to church parish and gained the trust of various congregations, only to later betray so many of them by abusing their children.  Berg thoroughly investigates O’Grady’s past as a priest and speaks with many of his victims and parishioners, as well as participants involved in O’Grady’s legal cases.  Later in the film, she broadens her approach to take a look at clergy abuse of children in Boston, and she interviews people who believe that the problem of abuse is international and may have begun as early as the fourth century.  Experts on theology and law speak to the doctrinal, legal, and theological issues that establish an environment for abuse.

Although the film seems to lose focus the last 20 minutes or so, Deliver Us from Evil is as mesmerizing as any great film thriller or as riveting and frightening as any great horror movie, and it exposes evil that is widespread and even more destructive.