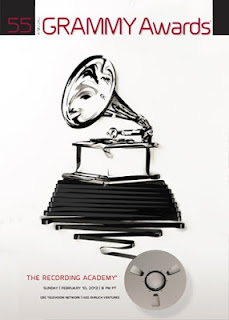 Babel, the second album from English folk rock band, Mumford and Sons, won "Album of the Year" at the 55th Grammy Awards.  Dan Auerbach was the night's big winner, winning four trophies - three as a member of The Black Keys and one as "Producer of the Year, Non-Classical."

The 55th Grammy Awards were held on February 10, 2013, at the Staples Center in Los Angeles. The show was broadcast on CBS at 8 p.m. ET/PT and hosted for the second time by LL Cool J. Nominations were announced on December 5, 2012.

There are currently 81 categories, up from 78 at the 54th Grammy Awards. The three new categories are “Best Classical Compendium,” “Best Latin Jazz Album,” and “Best Urban Contemporary Album.”  A full list of winners can be found at www.grammy.com or www.grammy.org.

Winners in top categories for the 55th annual Grammy Awards:

A top category that does not get enough attention, as far as I’m concerned:

Producer of the Year, Non-Classical: Dan Auerbach (from The Black Keys)

Of concern to movie fans are the film music and soundtrack categories:

Nominees in the three new categories for the 55th Grammys: