Review: Can't Do Without "The Help" Movie 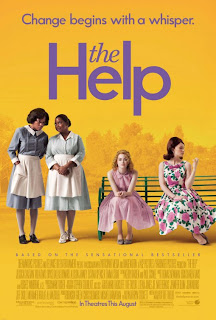 The Help is a 2011 historical drama that is based on the 2009 bestselling novel, The Help, from author Kathryn Stockett. Set in Mississippi during the 1960s, the film focuses on an aspiring author who decides to write a book detailing the experiences of the Black women who work as maids in the homes of White families.

After graduating from Ole Miss, Eugenia “Skeeter” Phelan (Emma Stone) returns to her hometown of Jackson, Mississippi. She takes a job at a local newspaper writing a “homemaker hints” advice column. However, Skeeter’s mother, Charlotte (Allison Janney), wants her daughter to (1) be a southern society girl and (2) find a husband. Skeeter reconnects with her vacuous childhood friends who are all now young mothers and form a clique led by the snooty Hilly Holbrook (Bryce Dallas Howard).

Two things change Skeeter’s life. She does not believe her mother’s story about why Constantine Bates (Cicely Tyson), the beloved black maid who raised Skeeter, left the family. Skeeter also becomes uncomfortable with the attitude of her friends towards “the help,” the African-American maids who cook and clean for white folks, as well as parent their bosses’ children. Hilly becomes obsessed with the notion that the help not use their bosses’ bathrooms, so she launches the “Home Help Sanitation Initiative” a law that would require that homes have separate bathrooms for the help.

In response, Skeeter approaches Aibileen Clark (Viola Davis), the maid of her friend, Elizabeth Leefolt (Ahna O’Reilly), and asks her if she would mind being interviewed about her life spent taking care of other people’s homes. Reluctant at first, Aibileen consents and is also able to convince another maid, the sassy Minny Jackson (Octavia Spencer), to contribute. As the women forge an unlikely friendship, they get caught in a turbulent time of change and the Civil Rights Movement.

Writer/director Tate Taylor often plays upon the proverbial “quiet dignity” of the Black maids, but his film comes on like a locomotive, because behind the quiet dignity is steely determination. This movie has such power to convey its messages and its ideas that I sometimes felt physically unprepared for the emotional toll it had on me – whether those emotions were happy or sad. I say that The Help is well-written and directed and has a number of exceptional performances because of its ability to convey with authenticity story, character, and setting.

As for the performances: Jessica Chastain is a scene-stealer as Celia Foote, the naïve young wife with child-bearing issues. Chastain crafts Celia as a struggle between the strength underneath and the soft-hearted nature that is the candy-coating. Bryce Dallas Howard is white-hot evil as the snotty racist, Hilly Holbrook, but she frequently and subtly reveals the character’s humanity at surprising moments.

Sadly, I see Viola Davis and Octavia Spencer’s bravura performances getting lost during the movie critics and film industry awards season. Emma Stone’s Skeeter is The Help’s bridge between the two separate worlds of Black and White, and she is a player on all sides of a class conflict. However, Viola Davis’ Aibileen Clark is this movie’s true anchor. Not only does Davis give a great performance, but she also embodies in Aibileen the toughness that makes an oppressed people both survive the evil ruling class and have the true grit to fight that evil.

Octavia Spencer’s Minny Jackson is simply one of those great supporting characters whose fight and spunk define the central conflict in a movie. At the end of the day, she’s not going to take anything from anyone that is the wrong thing, and The Help is about getting to what is the right thing. While Emma Stone gives a good performance, it is easy to see how she gets lost in a sea of superb performances, although Skeeter is the most important player – the central character that connects the disparate parts.

If I had to point to the one thing that makes The Help a grand film, it is that the emotions are genuine; they feel real. Writer/director Tate Taylor and his cast create a series of moments and scenes that come together to weave a narrative, one which comes to life with a sense of authenticity. When Aibileen talks about her son’s tragedy; when Minny fights her husband and employers; when Aibileen has to step to the side while grocery shopping; when Celia Foote yearns for a child; when Skeeter angrily explains to her mother the wrong done to Constantine, it all feels real. It is as if The Help were a true story. In a way, it is a true story, one told with fictional characters from a real time and place. That is why The Help is a bona fide standout in a field of fantasias and made-up stuff movies.

Posted by Leroy Douresseaux at 8:54 PM