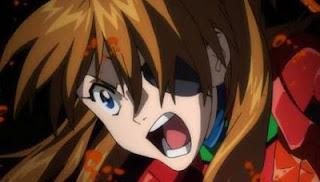 The 2013 JAPAN FILM FESTIVAL OF SAN FRANCISCO TEAMS WITH FUNIMATION ENTERTAINMENT TO OFFER THE EXCLUSIVE U.S. PREMIERE OF EVANGELION 3.0 YOU CAN (NOT) REDO AT NEW PEOPLE CINEMA

The 2013 Japan Film Festival of San Francisco (JFFSF), the first fully-dedicated annual Japanese film event for the S.F. Bay Area, has just announced an exciting new addition to its programming as it partners with leading anime distributor FUNimation Entertainment to present the exclusive U.S. premiere of Evangelion 3.0: You Can (Not) Redo. This new, high octane anime sci-fi thriller will be seen for the first time by U.S. audiences exclusively at NEW PEOPLE Cinema on Saturday, July 27th at 11:00am, and also presented as part of programming for the 2013 J-POP Summit Festival. The film will be presented with original Japanese dialogue featuring English subtitles.

Evangelion 3.0: You Can (Not) Redo will have two encore screenings, on Monday, July 29th at 7:00pm, and again on Sunday, August 4th at 11:00am. Tickets are $13.00 each. NEW PEOPLE Cinema is located at 1746 Post St. (cross street is Webster St.) in the heart of San Francisco’s Japantown. A complete schedule and advance ticket information are available on www.jffsf.org.

Evangelion 3.0: You Can (Not) Redo, aka “Evangelion: The New Movie: Q,” is the third of four films released in the Rebuild of Evangelion saga, directed by Hideaki Anno. Fourteen years after the third impact, Shinji awakens to a world he does not recognize and his body has not aged a single day. Earth lies in ruins and those he once fought valiantly to protect have cruelly turned against him. NERV is nothing but a distant memory. Trapped in a harrowing cycle of death and rebirth, Shinji continues to courageously battle the angels – even as the world spirals down towards what could be a tragic end.

“We’re extremely honored to make this U.S. premiere of Evangelion 3.0: You Can (Not) Redo a special part of the first-ever Japan Film Festival of San Francisco,” says Manami Iiboshi, the Executive Director of Japan Film Festival of San Francisco. “The film was one of the biggest recent movie blockbusters in Japan and its screening at the 2013 J-POP Summit will be a must-see for many anime fans! We know this show may sell-out so we have also announced a pair of encore showings the following week. Don’t miss the opportunity to catch the exciting latest chapter in one of Japan’s most celebrated sci-fi properties on the big screen at San Francisco’s one-and-only NEW PEOPLE Cinema!”

The J-POP Summit Festival is hosted and organized by NEW PEOPLE in cooperation with the Japantown Merchants Association. In 2012, the two-day event attracted nearly 65,000 attendees. More information is available at www.J-POP.com.

More information about the J-POP Summit Festival is available at J-POP.com.