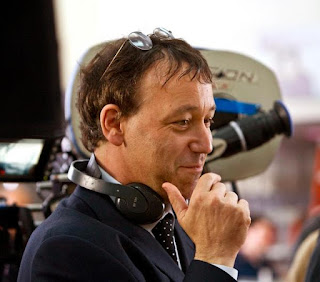 SANTA MONICA, Calif.--(BUSINESS WIRE)--Skydance, a diversified media company that creates event-level entertainment for global audiences, today announced that it has formed a multi-year first-look deal for television with director and writer-producer Sam Raimi (the Evil Dead series, Spider-Man 1-3, Oz the Great and Powerful) and his television producing partner, Debbie Liebling. The studio currently has multiple projects in development with Raimi, which will be announced in the coming months.

“Over Sam’s prolific decades-long career, he has proven time and again his capacity to tell stories that simultaneously embrace action, adventure, humor, thrills, and mystery. On behalf of our entire team, I’d like to welcome Sam into the Skydance family,” said David Ellison, Chief Executive Officer of Skydance Media.

“After having the pleasure of working with David and the Skydance team on the feature side, I was thrilled to be joining forces with their TV division for this new venture,” said Raimi. “Skydance has made a name for itself around the world and I look forward to our collaboration in bringing great television to a global audience.”

Raimi is a director, producer, screenwriter, and actor who created the cult horror Evil Dead series and directed the original Spider-Man trilogy. His television producing credits include Ash vs. Evil Dead, Hercules: The Legendary Journeys and its spin-off, Xena: Warrior Princess. He is also the executive producer of Spartacus: Blood and Sand, Spartacus: Gods of the Arena, Spartacus: Vengeance, and Spartacus: War of the Damned. Raimi is repped by CAA and Hansen Jacobson.

Liebling is a seasoned film and television executive and producer most known for the development and launch of South Park, Borat, Dodgeball, Bridesmaids, and other influential comedies. Most recently, she ran Red Hour Films with Ben Stiller and is currently producing Another Period in its third season at Comedy Central. Liebling is repped by Ziffren Brittenham.

Raimi and Liebling’s partnership brings together two entities known for their successful original and oft-mischievous material and they have identified several such projects to date with Skydance.

Skydance Television’s current slate includes six series across nearly as many networks. Skydance has in the last year entered into overall and first-look deals with some of the industry’s top talent, including Marti Noxon, Laeta Kalogridis, and Michael B. Jordan.