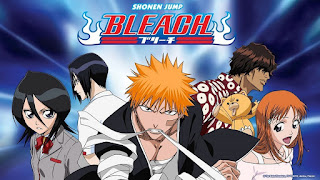 SAN FRANCISCO, CA  – Tubi TV, the largest truly free Internet TV network with no subscription fee requirement, today announced the release of a new slate of anime videos, including all 366 episodes of BLEACH, which will be available to viewers in the U.S. and Canada in its original Japanese language with English subtitles. Adding to Tubi TV’s growing library of free streaming TV and movies, the wildly popular Japanese series joins other fan favorites such as HUNTER X HUNTER, DEATH NOTE, BAKUMAN and NARUTO.

Tubi TV partnered with San Francisco-based VIZ Media, LLC, a premier company in the fields of publishing, animation, distribution and global entertainment licensing, to make BLEACH—among many other anime offerings—available in its entirety to viewers in the U.S. and Canada. The agreement builds further momentum for Tubi TV as the free streaming network continues to grow its library of videos, which includes Oscar-winning movies and Emmy-winning TV shows that span genres from comedy, drama, family & kids, classics and horror, to niche segments such as Korean, Chinese and British TV series.

BLEACH is a tremendously successful multimedia property around the world. The TV show is based on the manga created by Tite Kubo, which has been licensed to more than a dozen countries and has over 75 million copies in print in Japan alone. In North America, the manga (published by VIZ Media) has consistently appeared on the New York Times Best Seller list for Manga and the Nielsen BookScan Top 50 Graphic Novels list, selling more than 2.6 million copies across 69 volumes to date.

The BLEACH animated series (rated TV-14) has topped the ratings on Cartoon Network’s Adult Swim and sold over 1.8 million DVDs. This success has further spawned an array of related video games, apparel, action figures, trading cards and other merchandise.

“Our partnership with VIZ Media to stream all 366 episodes of BLEACH helps solidify our reputation as a top destination for anime fans,” said Thomas Ahn-Hicks, Tubi TV Co-founder and Head of Strategy and Business Development. “As we continue to snowball our content—in not only anime, but also across a wide spectrum of genres—we’re seeing consumers increasingly flock to Tubi TV as they cut the cord, find content not available on their subscription VOD services, and engage with our unsurpassed collection of free, premium streaming TV and movies.”

BLEACH originally aired from 2004-2012 on the TV Tokyo network and was featured a number of times on ANN’s Top 10 “Japanese Anime TV” rankings. The series continues to enjoy a sizeable following with an impressive 8.2 rating on IMDb, based on more than 33,000 user ratings. It was also nominated in four categories at the 2007 America Anime Awards.

“For more than thirty years, we’ve brought the finest in manga and anime to English-speaking fans across the world,” said Brian Ige, VIZ Media Vice President, Animation. “This partnership with Tubi TV helps us build on that momentum and expand our audience as more and more viewers around the globe continue to clamor for our unique brand of entertainment.”

In the series, Ichigo Kurosaki never asked for the ability to see ghosts—he was born with the gift. When his family is attacked by a Hollow—a malevolent lost soul—Ichigo becomes a Soul Reaper, dedicating his life to protecting the innocent and helping the tortured spirits themselves find peace.

In its review of BLEACH, Anime News Network (ANN) called the show “the next great adventure series,” describing it as “one incredibly entertaining anime that will grab you and refuse to let go. For classic adventure with a slick, modern attitude, go no further than Bleach.” ANN awarded it an “A” grade for animation, with an overall grade of “A-.”


About Tubi TV
Tubi TV is the free Internet TV network that offers the largest collection of movies and TV shows. Led by a team of passionate entertainment and technology enthusiasts based in San Francisco, Tubi TV is freeing premium movies and TV shows so viewers can be entertained without the hassle of subscription fees or credit cards. Commercials ensure that Tubi TV remains free for everyone.

Watch Free Movies and TV Shows on Tubi TV on Android and iOS mobile devices, and on OTT devices such as Roku, Apple TV, Chromecast, Xbox 360, Xbox One, Sony, Samsung and Amazon Fire TV. Watch on the web at http://tubitv.com.