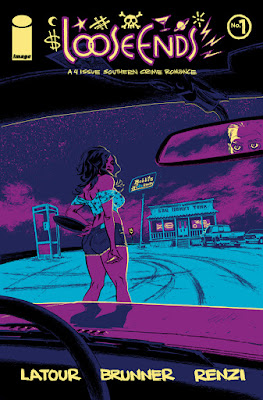 LOOSE ENDS is a gritty, slow-cooked, Southern crime romance that follows a winding trail down Tobacco Road, through the war-torn streets of Baghdad, and into the bright lights and bloody gutters of South Florida.

Posted by Leroy Douresseaux at 7:50 PM