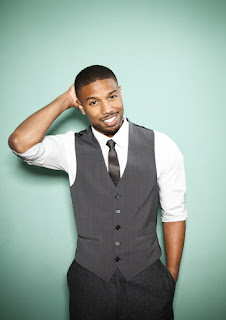 SANTA MONICA, Calif.--(BUSINESS WIRE)--Skydance, a diversified media company that creates event-level entertainment for global audiences, today announced that it has entered into an exclusive, multi-year first-look agreement for both television and feature film production with Michael B. Jordan and his newly formed production company Outlier Productions. The first project under the agreement between Skydance and Outlier is an original scripted television series Apollo Park, the story of a young basketball player’s rapid rise to professional fame and the effects of his success on his family and community back in inner-city Detroit.

Jordan has named Wynn Wygal as his Vice President at Outlier. Wynn comes from Mad Chance Productions, where she served as Director of Development.

“Michael is an incredibly gifted actor and storyteller whose proven track record on both the big and small screen together with his boundless ambitions make him an ideal partner for us at Skydance,” said David Ellison, Chief Executive Officer of Skydance Media. “We are so excited to team up with Michael and Eric on Apollo Park, a riveting sports drama about courage, perseverance, and family.”

“I love telling true, modern stories and Apollo Park – an underdog tale about a very real and very heroic hustler who defies stereotypes and thrives against great odds – has long been a passion project of mine. Eric and I are excited to join forces with the incredible creative team at Skydance to share it with the world,” added Jordan.

“I’m also very eager to start this new chapter in my career by launching my production company and I am thrilled to have Wynn join my team.”

Jordan, whose film credits include lead roles in Creed and the critically acclaimed Fruitvale Station, is best-known on television for his roles in Friday Night Lights and The Wire. He will next star as the villain Erik Killmonger in Marvel Studios’ 2018 film Black Panther.

While at Mad Chance, Wynn championed projects It’s What I Do, the Lynsey Addario autobiography starring Jennifer Lawrence and directed by Steven Spielberg, Queen of the Air with Margot Robbie and the Afghan war drama Wynne’s War adapted by Ben August. She also oversaw the English adaptation of the famed Japanese manga Akira along with Fellini: Black and White directed by Sam Taylor-Johnson, among others.

Today, Skydance is a leading producer of major Hollywood studio films and television shows. Since its inception in 2010, Skydance has produced 11 feature films, which have cumulatively grossed approximately $4.2 billion in worldwide box office receipts. The Company's current film slate includes Jack Reacher: Never Go Back with Paramount on October 21, 2016, Life with Sony on May 26, 2017, and Geostorm with Warner Brothers on October 20, 2017. Skydance Television was launched in 2013 and is currently slated to produce six original series across multiple networks. Skydance has over the past twelve months significantly expanded its business operations by increasing the production of both feature films and television series as well as launching Skydance International and Skydance Interactive.

Posted by Leroy Douresseaux at 5:50 AM