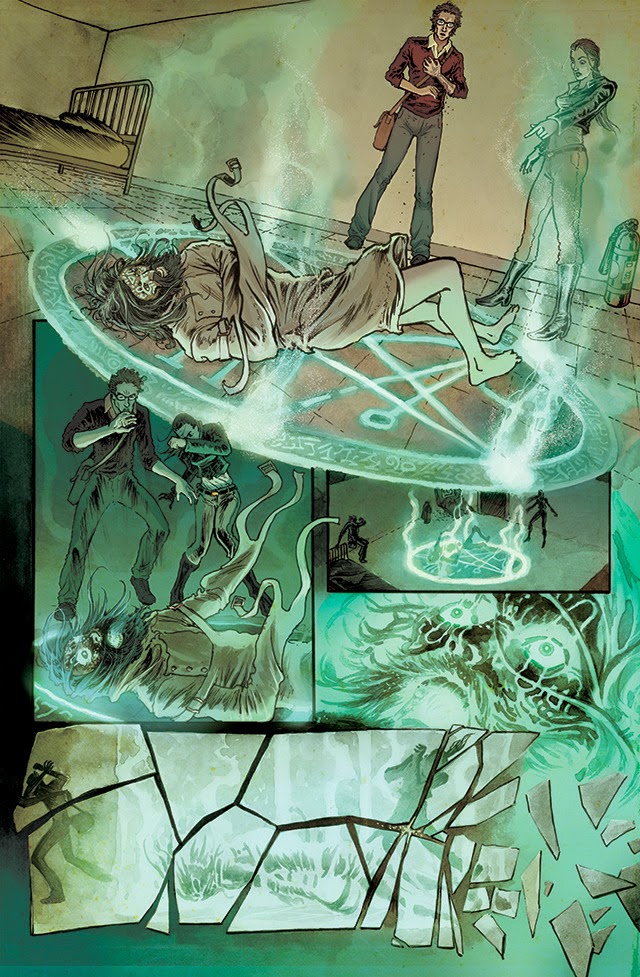 “Halloween week is the perfect time to launch ‘Lovecraft: The Blasphemously Large First Issue,’ the start of a new series we’re working on that completely reinvents H.P. Lovecraft’s Cthulhu Mythos,” Engler said. “The story is set in the present day and recasts Lovecraft as the world’s foremost alchemist and a magician who guards a secret library of forbidden knowledge, which includes books like the Necronomicon.”

In this world magicians are a secret culture within our culture constantly vying for control over ancient magickal tomes and the power they wield. That leads to magickal feuds and wars that can unleash unspeakable terrors in the world. When that happens, Lovecraft is the guy who cleans things up.

The Kickstarter will also feature a special green foil variant cover that’s only being offered during the 28 day campaign.

Engler is a former Syfy executive who left the network last year to create his own TV series and launch other creative projects. Z Nation debuted on September 12 and airs Friday nights. It has consistently been one of Syfy’s highest rated series and was recently picked up for a second season.