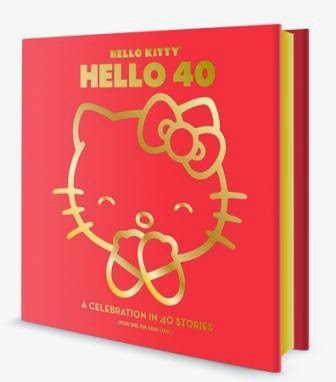 VIZ Media, LLC (VIZ Media), the largest distributor and licensor of anime and manga in North America, prepares to delight the young and young at heart with a variety of engaging activities, in-booth artists signings and other fun events presented by its Perfect Square imprint and aimed at fans of all ages at the 2014 Comic-Con International.

Perfect Square will present a range of activities and attractions each day throughout Comic-Con. Fans will also be able to purchase advance copies of several forthcoming Perfect Square titles ahead of their scheduled release dates later this summer. Notable titles that will be available during Comic-Con at the VIZ Media booth include BRAVEST WARRIORS: THE SEARCH FOR CATBUG ($30.00) a special Comic-Con limited edition with foil-accented cover and gilded pages - only 250 made - don’t miss the chance to have it autographed by many of the CATBUG artists, including official Bravest Warriors comics artist Ian McGinty, Codename: Kids Next Door creator Mr. Warburton and Ben 10 Omniverse artists Jon Chad and Corin Howell (and more!) at exclusive in-booth signings; BRAVEST WARRIORS: CATBUG'S TREASURE BOOK ($13.00), a pictures-and-words journal, will be sold with a limited edition poster; HELLO KITTY, HELLO 40, a commemorative art book ($50.00) a special Comic-Con limited edition with foil-accented cover and gilded pages - only 250 copies printed - don’t miss the chance to have it signed by HELLO KITTY artists at the exclusive in-booth signing. Fans can also catch a variety of freebies and promo item giveaways throughout the convention along with manga samplers, posters, temporary tattoos, posters, postcards, buttons and more. Also don’t miss the return of the VIZ MEDIA convention tote bag, FREE with any purchase and available in four amazing colorful designs, including HELLO KITTY and UGLYDOLL!

10:00AM – 11:00AM - HELLO KITTY PHOTO OP & ARTIST SIGNING
VIZ Media Booth #2813
Join Hello Kitty and her artist friends for a special second signing and photo opportunity. Fans can meet artists including Brianne Drouhard, Stephanie Gonzaga, Martin Hsu, and Chynna Clugston Flores. Copies of the forthcoming HELLO KITTY: HELLO 40 art book will also be available for sale and fans can have it autographed by the appearing artists.

VIZ Media’s Perfect Square imprint focuses on delivering original comics, manga (graphic novels) and other children’s books with an emphasis on strong storytelling, eye-popping graphics, empowering themes, and a dash of irreverence, that captures the imagination of a whole new generation.

Additional information on titles published by Perfect Square is available at www.PerfectSquare.com.

Posted by Leroy Douresseaux at 8:42 AM