Review: Director Peyton Reed Brought It with "Bring It On" 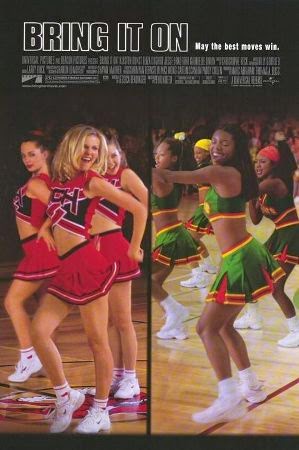 The subject of this movie review is Bring It On, a 2000 high school sports comedy from director Peyton Reed.  The film spawned four direct-to-DVD sequels and a stage musical.  Bring It On (the original film) focuses on a head cheerleader who makes a shocking discovery just before the upcoming cheerleading championship tournament:  the previous captain of her high school’s cheerleading squad stole their best cheer routines from an inner-city school.

All-American girl Torrance Shipman (Kirsten Dunst) sees her dream finally come true.  She is now the head cheerleader of the Rancho Carne Toros, at her high school in suburban San Diego.  The Toros have won The Nationals of the high school cheerleading championship the last five years, and Torrance is not about to let anything – her parents, her little brother, her grades, or her college future – get in the way of a sixth consecutive title.

The big shocker comes when Torrance learns that her predecessor was stealing the routines that earned the Toros their reputation from an inner-city high school hip-hop cheerleading squad, the Clovers of East Compton.  And the Clovers and their captain, Isis (Gabrielle Union), are looking to get even with the Toros at the 2000 Nationals.  Now, Torrance and her Toros are going to have to learn all-new routines, all while dealing with the trials and tribulations of high school life.

Bring It On was a hit with ‘tweens, teens, and 20-somethings back in 2000.  Although it’s competently directed and the writing doesn’t do much in the character department, the Machiavellian-lite, cutthroat world of competitive youth events, in this case, the world of competitive cheerleading, provides this movie’s fireworks.  It’s fun to watch the catfights, preening dumb jocks, and every kid with a smart aleck attitude.

The cheerleading performances, from the practices to the championship, are rousing enough to make you stand up and cheer.  The acting isn’t all that great, and the script doesn’t give the black cheerleaders enough room to show that there is actually character behind their sass.  Kirsten Dunst’s performance is serviceable for this flick, and Eliza Dushku’s hot babe, Missy Pantone, makes what started out as a dull Disney-like teen movie into a real movie the moment she struts on stage.