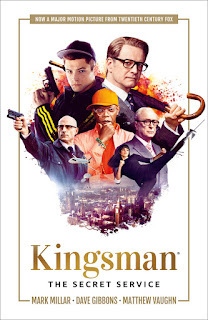 Now a Hollywood blockbuster starring Colin Firth and Taron Egerton, and directed by Matthew Vaughn, KINGSMAN reinvents the spy genre for the 21st century. The story follows a British secret agent who takes his wayward nephew under his wing and trains him to become a gentleman spy. Together, they uncover a plot that links kidnapped celebrities with a plan to eradicate 90 percent of the human race.

Posted by Leroy Douresseaux at 1:00 AM