"Green Valley #2" Goes Back to Press 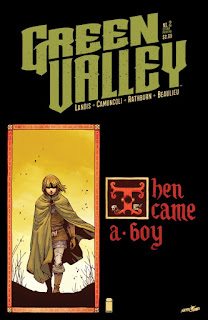 In GREEN VALLEY, the knights of Kelodia are the finest in the land, but they’ve never faced a power like the one that resides in the Green Valley... Welcome to the world of Green Valley… where nothing is ever what it seems.

Posted by Leroy Douresseaux at 6:32 PM