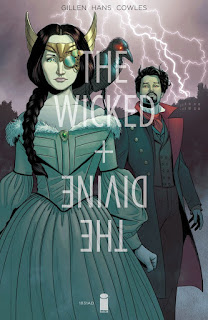 THE WICKED + THE DIVINE 1831 ONE-SHOT RUSHED BACK TO PRINT

Image Comics is pleased to announce that THE WICKED + THE DIVINE 1831 one-shot by Kieron Gillen and Jamie McKelvie will be sent back to print in order to keep up with increased customer demand.

The standalone THE WICKED + THE DIVINE story travels back to the nineteenth century, to see what became of the Romantic poets one infamous night on Lake Geneva… The critically-acclaimed issue showcases work from Stephanie Hans (Journey Into Mystery, Angela).