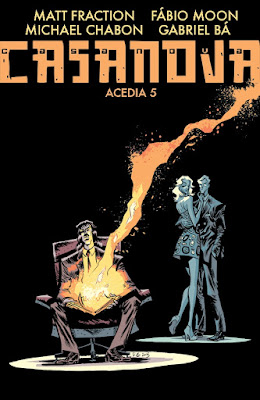 CASANOVA: ACEDIA #5 begins a new chapter in the fan-favorite series as the world-melting CASANOVA returns. Casanova Quinn doesn’t remember who he is or how he got here—the only thing he knows is an awful lot of people want him dead and the world might be ending.

Posted by Leroy Douresseaux at 11:18 AM