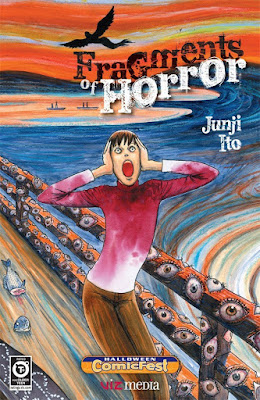 Held each year, Halloween ComicFest is celebrated at scores of comic shops and retailers nationwide on the Saturday before Halloween. On this day, participating shops offer fans and visitors FREE Halloween ComicFest samplers filled with previews of exciting upcoming titles. For additional information and a list of participating retailers, please visit: www.halloweencomicfest.com.

YO-KAI WATCH (rated ‘A’ for All Ages) is a supernatural comedy adventure series is inspired by the explosively popular YOKAI WATCH video game created by LEVEL-5 for the Nintendo 3DS. The YO-KAI WATCH manga is published under the company’s Perfect Square imprint, written and drawn by Noriyuki Konishi under the guidance of the LEVEL-5 team. In the series, Nate Adams is just an average kid until the mysterious Whisper gives him a device that allows him to see what others cannot, Yo-kai of all shapes and forms!  Now, armed with the Yo-kai Watch, Nate, Whisper and their new invisible friends embark on an all new supernatural adventure!

For more information on FRAGMENTS OF HORROR, YO-KAI WATCH, or other manga and/or anime titles published by VIZ Media, please visit www.VIZ.com.

Posted by Leroy Douresseaux at 9:22 AM